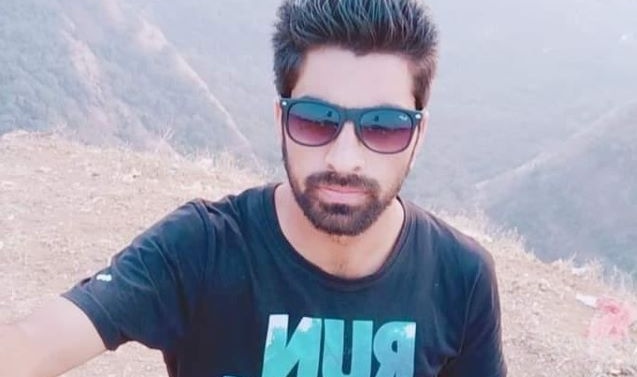 Srinagar: The alleged custodial killing of a youth set off massive protests in Sopore town of Baramulla district on Wednesday, even as police claimed that the deceased was an over-ground worker of militants, who had managed to escape during a search operation on Tuesday night.

A large number of men, women and children in Sidiq-Colony of Sopore hit the streets on Wednesday morning when the news spread that a youth Irfan Ahmad Dar, arrested by police a day earlier, has been found dead under mysterious circumstances, witnesses told Kashmir Observer.

Chanting slogans, the protesters alleged that Irfan was killed by police in custody. Many protesters, witnesses said also pelted stones on the state forces to vent their anger.

Fearing the widespread protests, the district authorities snapped internet services in the area.

Earlier, police issued a statement saying that Irfan Dar was an OGW and was arrested after two Chinese hand grenades were recovered from his possession. The police statement also said that a Case FIR No. 257/2020 U/S 18 ULA (P) Act, 7/27 A. Act was registered in Police Station Sopore against the alleged OGW and investigations were taken up.

“During the course of investigation, a Police Team visited Chairdaji area of Tujjar-Sharief along with OGW for affecting some more recovery on the disclosure of the OGW. In the meanwhile, the OGW while taking advantage of darkness and terrain managed to escape regarding which a separate Case FIR No. 71/2020 U/S 224 IPC was registered in Police Station Bomai and during search, the body of OGW was found near Stone Quarry of Tujjar-Sharief,” the police spokesperson said.

Accordingly, he said the body was taken to the nearby PHC, wherefrom it was shifted to PCR Kashmir Hospital for fulfilling medical and other legal formalities and final disposal.

“Further investigation is going on,” the police statement added.

However, rejecting the police claims, the family said that the youth, a shopkeeper by profession, was killed by police in custody.

“The claim of police that grenades were recovered from my brother is a plain lie. My brother was not even remotely connected with militancy. He has been killed in cold-blood,” Irfan’s brother Javed told reporters at his residence.

Narrating the sequence of events, Javed said that he and his brother were picked up by police in two separate raids at their shops on Tuesday afternoon. Javed said he was let off by police around 11pm as he wasn’t keeping well but his brother was kept in custody.

“He was not only my brother but a friend too. He would always share his secrets with me. His killing has devastated me,” Javed said, adding “My brother used to work with me at our shop. He would hardly get time to step out of the shop. All charges leveled against him are baseless.”

Javed said ten days earlier also a police team raided his house alleging that the family were hiding a person.

“We didn’t argue with the cops. We told them to check minute by minute recording of the CCTV we have installed at our house. The cops then left,” Javed said.

Meanwhile, sources said that the youth has been buried at an unknown location by the police citing coronavirus pandemic.

Meanwhile several mainstream parties besides Hurriyat Conference (M) on Wednesday condemned the alleged custodial killing of a youth by police in Sopore and demanded an impartial probe.

National Conference Vice President Omar Abdullah expressed outrage over the killing of a youth and sought a time bound probe into the circumstances leading to the death.

While expressing shock over the incident, Omar said that there were contrasting versions of the circumstances leading to the killing of a young man, who the police are claiming had escaped from their hold during a search operation. The family of the deceased has a different view, he said, necessitating for an impartial and time bound inquiry into the circumstances leading to his killing.

“The administration cannot possibly win back the confidence of the people if encounters like Shopian or suspicious killings like the one that has taken place in Sopore continue to take place incessantly, or are allowed to pass without the facts being established and guilty, when determined fully punished,” he said.

According to an NC spokesperson, Omar impressed upon the Lt. Governor Manoj Sinha to personally ensure that the circumstances behind the mysterious killing of a young man are brought to light and guilty, if any, dealt stringently under law.

“He said that such incidents have no place in a civilized society and that honor and dignity of life should be respected at any cost. He also said such incidents would only add to the ever increasing gulf of mistrust between the government and the people,” an NC spokesperson said.

Taking to Twitter, former minister in PDP-BJP government and Peoples Conference (PC) president Sajad Gani Lone said that it was imperative that the sanctity of human life is restored in Kashmir.

“Sopore incident just doesn’t add up. They have done a bad job even at inventing a story. The guilty need to be punished,” Lone tweeted.

“It is imperative that the sanctity of human life is restored in Kashmir. Move beyond statistics. Stop treating bodies as statistics. These r human lives,” he wrote in his another tweet.

Jammu and Kashmir Apni Party has also demanded a high level probe into the circumstances surrounding the death of the Sopore youth.

In a statement issued here, a party spokesman said the government must constitute an inquiry into the incident in order to ascertain the veracity of contradictory claims made by police and family of the deceased youth.

“Even if the claims of the police are true that the slain youth was an over ground worker who allegedly took advantage of darkness to escape and during search, his body was found at Tujjar-Sharief, the police cannot be absolved of its responsibility warranted under law. The circumstances which led to his death need to be probed in order to find the truth,” the party spokesperson said.

In a statement issued here, a Hurriyat spokesman said that while the culprits of the recent Shopian “fake encounter” have still not been brought to book, the reports of another “cold blooded murder” of a youth in Sopore was extremely sad and disturbing.

“These extra judicial killings by the authorities that keep taking place in the valley at regular intervals to sustain the atmosphere of fear among people are condemnable to say the least,” the spokesperson said

“APHC appeals to all rights bodies to take cognizance of these brazen human rights violations and bring the culprits to book,” he added.__Kashmir Observer