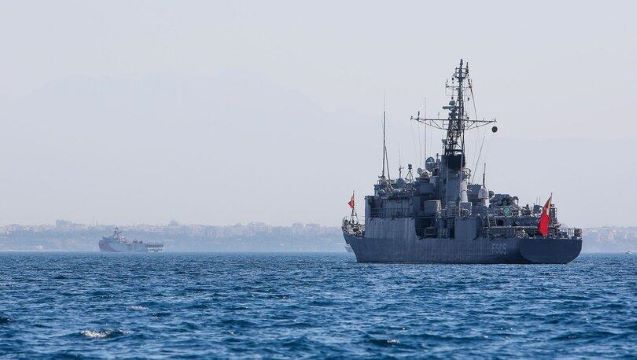 Turkey has issued a new NAVTEX in response to Athens’ navigation advisory for a shooting exercise from Greece’s Chios Island and said that Greece had militarized the island in violation of the Lausanne Peace Treaty signed in Switzerland in 1923.

Following the announcement regarding the shooting training to be carried out by Greece in the region of Chios, a NAVTEX announcement was issued by Turkey, stating that Greece’s activity has violated the demilitarized status of the island, a Turkish security source told Hürriyet Daily News.

The warning of Ankara came as Turkey suspended its seismic research vessel, Oruç Reis, activities in the eastern Mediterranean at the weekend for “maintenance” purposes, according to the Turkish authorities. Greek Prime Minister Kyriakos Mitsotakis has welcomed it as a “positive first step.”

Greece is ready to hold talks with Turkey to discuss the issue of maritime jurisdiction in the eastern Mediterranean, Mitsotakis said on Sept. 15 at a joint news conference with European Council President Charles Michel. Athens is ready to “immediately” start the talks with Ankara, Mitsotakis noted.

On the other hand, Greek and Turkish delegations met for the second time at the NATO headquarters in Brussels on Sept. 15 as part of NATO Secretary-General Jens Stoltenberg’s initiative on de-confliction talks.

Turkey supports the NATO’s initiative toward de-confliction and Germany’s initiative for de-escalation with the ultimate aim of reviving the already established bilateral mechanisms between Turkey and Greece, Foreign Minister Mevlüt Çavuşoğlu wrote in his article in Greek Daily Kathimerini on Sept. 15.

“We hope that Athens understands that those are two different things. Turkey respects Greece enough not to want to negotiate and agree with other parties over issues that must be settled directly between the two neighbors,” he said.

Stressing that Turkey will naturally be firm in not allowing attempts to harm its fundamental interests, the minister said, “We maintain a naval presence in the region not for offensive ends, but for self-defense against interference with our seismic research activities within our continental shelf [that was declared in accordance with international law as far back as 16 years ago, by the way!].”

“Dialogue and negotiations are indeed the first and foremost means in international law to address maritime boundary issues. We thus expect Greece to revive all dialogue channels with Turkey without any preconditions. Preconditions beget counter-preconditions [believe me, we could come up with quite a few of our own] and thus are not a good way to seek talks between two neighbors,” he stated.

Turkey’s foreign minister held a phone conversation with his American counterpart on Sept. 14, according to the diplomatic sources.

Over the weekend, Pompeo visited Greek Cyprus, hot on the heels of the lifting of the U.S. arms embargo on the country.

Turkey decried both moves, saying that Pompeo should also have visited Turkish Cyprus and that lifting the arms embargo only raised tensions in the region.

A NATO technical meeting between Turkish and Greek military delegations began on Sept. 15 at the alliance headquarters to discuss methods for reducing risks of incidents in the Eastern Mediterranean, according

The talks were planned after a meeting between Turkish President Recep Tayyip Erdoğan and NATO Secretary-General Jens Stoltenberg. An initial meeting was held on Sept. 10.__Hurriyet