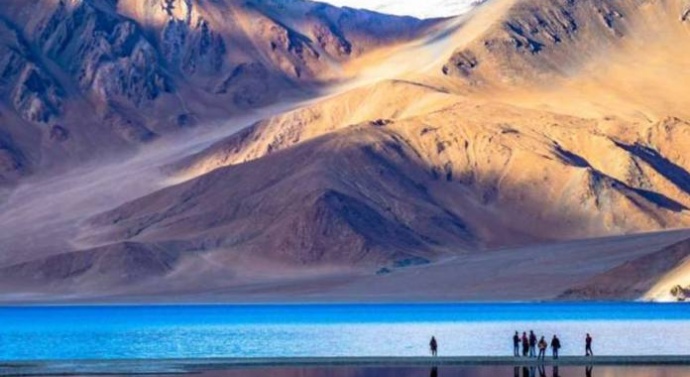 The Chinese People’s Liberation Army (PLA), under commander-in-chief Xi Jinping, defines its Tibet border with Ladakh by a green line that runs over finger 4 relief feature on the north bank of Pangong Tso and nearly claims all the Chushul Valley on the south banks of the salt-water body. This line was defined by the Chinese on the map in 1960 and since then it is the ambition of each ruler of ‘forbidden city’ to reach that objective.

However, due to the Indian Army’s pre-emption on August 29, 30, 31, the PLA’s objective of unilaterally changing the facts on the ground could not be achieved and hence the irritation among the Chinese government against India.

While the leaders of communist China were talking peace and tranquillity to their military and diplomatic counterparts, the PLA was militarily beefing up to reach the green claim line on the southern banks of Pangong Tso on the night of August 29-30.

“If the Indian specialized troops had not pre-empted the Chinese by occupying all dominant heights on the southern banks and Chushul, the PLA would have taken control of the Valley. The Chinese single-minded focus is to reach the green line and the Indian focus is not to allow them but reach the patrolling limits defined by the government,” said a senior official.

Fact is that the PLA is heavily deployed on its part of the LAC with heavy guns, tanks and surface to air missile in a bid to cow down the Indian Army into submission. However, with Indian Army undertaking readjustment of its forces on finger four and south of Pangong Tso, the PLA will have to think twice before making the next military move.

According to authoritative sources, there is evidence of PLA force accretion on the Chinese border with Bhutan as China would like to emphasise its military might on the tiny kingdom of happiness. However, just like in Doklam in 2017, the Indian Army will stand up to the PLA in this area in support of its closest ally.__Hindustan Times