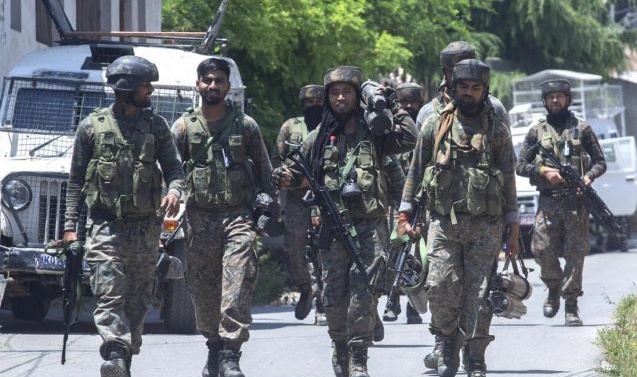 Srinagar- Three militants and an army soldier were killed in an encounter in Zadoora area of south Kashmir’s Pulwama district on Saturday, officials said.

State forces launched a cordon and search operation in Zadoora area of Pulwama after receiving specific information about the presence of militants in the area, a police official said.

In the ensuing encounter, three militants were killed and their bodies were retrieved from the site, the spokesman said.

He identified them as Adil Hafiz, Arshid Ahmad Dar and Rouf Ahmad Mir, all residents of Pulwama and affiliated with proscribed militant outfit Hizbul Mujahideen.

During the encounter, one Army jawan also received critical injuries and he was shifted to hospital for treatment where he succumbed, the spokesman said.

He said the slain militants had a long history of militancy related incidents and were part of groups involved in planning and execution of several militant attacks in the area, including attacks on police and security establishments.

As per police records, Hafiz was involved in a case pertaining to an attack on a naka party of the forces at Prichoo Bridge in which one police personnel was killed and another was injured, the spokesman said.

He said keeping in view the prevailing COVID-19 pandemic and to ensure the safety of people from the risk of contracting the infection, the bodies of the militants will be sent to Baramulla for burial after completion of all medico-legal formalities.

The nearest family members of the slain militants would be allowed to participate in the last rites at Baramulla, the spokesman added.

From the encounter site, incriminating materials including arms and ammunition were recovered and they were taken into case records for further investigation, he said.__Kashmir Observer