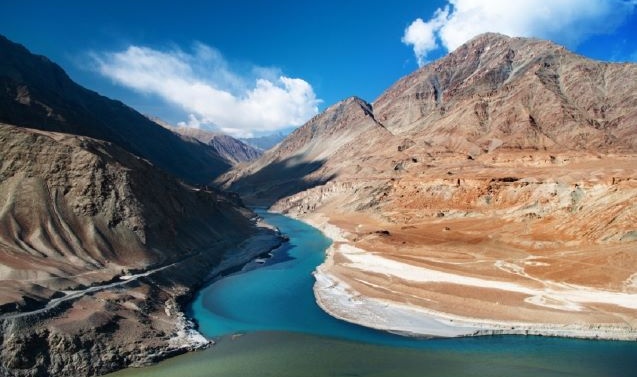 NEW DELHI, Aug 16: The India-China standoff in Ladakh entered its 100th day this week, and, with the disengagement having stalled, India’s envoy to China, Vikram Misri, met senior PLA officers in Beijing to explain India’s position on the border situation. “Ambassador Vikram Misri met Major General Ci Guowei, Director of the Office of International Military Cooperation of the Central Military Commission and briefed him on India’s stance vis-à-vis the situation on the borders in eastern Ladakh UT,” he tweeted.

Misri’s meeting comes even as an unsigned article in the Chinese embassy bulletin quotes the Chinese foreign minister Wang Yi blaming India for the Galwan clash of June 15, asking India to conduct an investigation into the incident, “hold violators accountable, strictly discipline frontline troops & immediately stop provocative acts.” This, Indian officials say, is China’s usual tactic of blaming India for actions that its own troops had taken. In Beijing, Misri has been meeting think tanks, foreign ministry officials in Beijing to apprise them of India’s views. Earlier this week, Misri met Liu Jianchao, deputy director of the office of the CPC Central Committee Foreign Affairs Commission, an influential official in the party. The idea behind these meetings is to let the Chinese know how important the border resolution is for India, and how a prolonged standoff could completely crate the bilateral relationship.

Questioned, MEA spokesperson said “some progress (on disengagement) had earlier been made”, highlighting the current impasse.

“While we would like the ongoing disengagement process to be completed at the earliest, it is important to bear in mind that achieving this requires agreed actions by both sides. We, therefore, expect that the Chinese side to sincerely work with us towards the objective of complete disengagement and de-escalation and full restoration of peace and tranquillity in the border areas,” he said.

Another round of military commanders’ talks will be held next week, which will be followed by another meeting of the Working Mechanism for Consultation & Coordination (WMCC).

The Chinese embassy bulletin adds, “The adventures of the Indian Army seriously violated agreements on border issues between the two countries and severely violated basic norms governing international relations.” The only thing Indians and Chinese agree on is that the Galwan clashes broke the agreement of June 6 between the military commanders, though both sides have blamed the other. Indian officials say that while the Indian troops were surprised in the clash, Chinese troops came armed with reinforced sticks with nails and stones wrapped in barbed wire.

The MEA spokesperson stressed the importance of “complete disengagement along the India-China border areas.” This, he said, was “in accordance with the agreement of the Special Representatives of India and China that early and complete disengagement of the troops along the Line of Actual Control (LAC) and de-escalation from India-China border areas in accordance with bilateral agreement and protocols and full restoration of peace and tranquillity was essential for the smooth overall development of bilateral relations.”

The MEA spokesperson said the “re-deployment of troops to their regular posts “can be done only through mutually agreed reciprocal actions.” This is a reference to the fact that India has refused to de-escalate until Chinese troops completely disengage in Pangong Tso and Gogra-Hot Springs areas.__Kashmir TIme