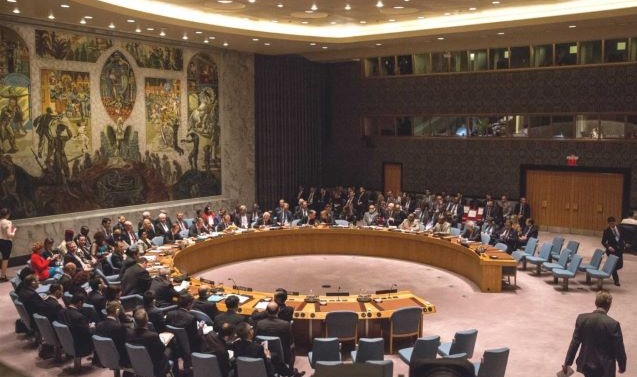 New Delhi– Hitting out at China for making yet another effort to raise the Kashmir issue at the UN Security Council, India on Thursday asked Beijing to draw proper conclusions from such “infructuous attempts” and “firmly” rejected its “interference” in the country’s internal affairs.

China backed an attempt by Pakistan to discuss the Kashmir issue at the UN Security Council on Wednesday, coinciding with the first anniversary of the reorganisation of Jammu and Kashmir by India.

However, the attempt did not succeed.

In its reaction, the Ministry of External Affairs (MEA) said it firmly rejects China’s interference in India’s internal affairs.

“We have noted that China initiated a discussion in the UN Security Council on issues pertaining to the Indian Union Territory of Jammu & Kashmir,” the Ministry of External Affairs said in a statement.

“This was not the first time that China has sought to raise a subject that is solely an internal matter of India. As on such previous occasions, this attempt too met with little support from the international community,” it added.

The MEA further said:”We firmly reject China’s interference in our internal affairs and urge it to draw proper conclusions from such infructuous attempt.”

The fresh move by China to internationalise the Kashmir issue came at a time it is engaged in a bitter border row with India in eastern Ladakh.

On August 5 last year, India announced its decision to withdraw special powers of Jammu and Kashmir and bifurcate the state into two union territories.

China has been critical of India’s reorganisation of J-K, and has particularly criticised New Delhi for making Ladakh a union territory. China lays claim over several parts of Ladakh.

Following India’s decision, China made multiple attempts to raise the Kashmir issue in the UN Security Council. However, these attempts were rejected by other member nations of the global body.__Kashmir Observer