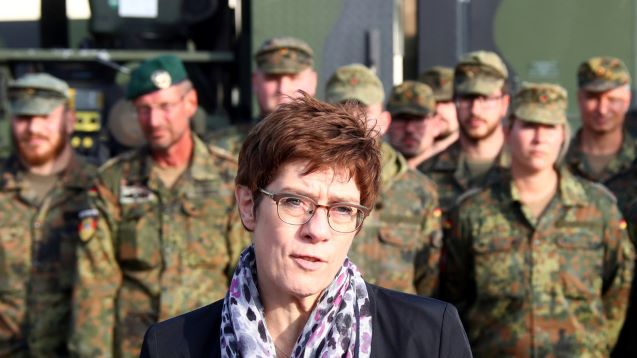 The German defense minister said on Friday that she would hold talks after the summer with the premiers of states affected by US plans to withdraw about 12,000 troops from the country. The talks’ aim is to see how the national armed forces can help those regions, Annegret Kramp-Karrenbauer said in a statement.

The politicians will discuss “how the Bundeswehr can support the affected regions,” the minister said.

“We’re bearing German and European interests in mind. The truth is that a good life in Germany and Europe increasingly depends on how we ensure our own security,” Reuters quoted her as saying.

The US military on Wednesday unveiled the troop withdrawal plans, saying, however, it will keep nearly half of those forces in Europe.__RT.com