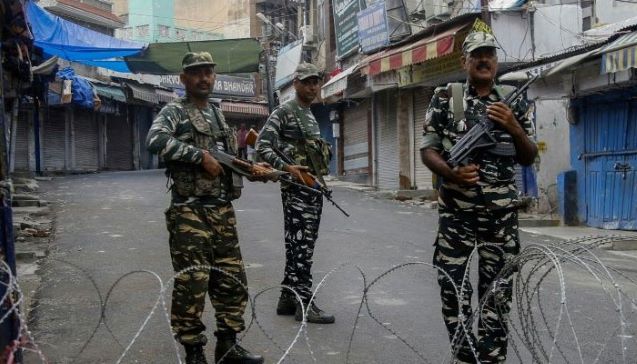 SRINAGAR: Jammu & Kashmir government has withdrawn a 49-year- old directive under which acquisition/requisition of land by Army and paramilitary forces required no objection certificate (NoC) from its Home department.

The move comes days after Jammu and Kashmir administration decided to notify certain locations inside the Union Territory as “strategic areas” to facilitate construction by the armed forces.

Acquisition of land by Army, CRPF, BSF and other similar agencies required NoC from Home department as per a previous state government circular issued in 1971.

But due to repeal of Jammu & Kashmir Requisitioning and Acquisition of Immovable Property Act -1968 on October 31, 2019, the Revenue department withdrew the circular which mandated the Home department’s clearance. for requisition/acquisition of land by forces.

“In view of the extension of The Right to Fair Compensation and Transparency in Land Acquisition, Rehabilitation and Resettlement Act-2013 to the Union Territory of Jammu and Kashmir, the circular No. Rev(LB)71/13-A dated 27.08.1971 which prescribed obtaining of No Objection Certificate from the Home department for acquisition/ requisition of land in favour of Army, BSF/CRPF and similar organization is withdrawn,” reads the circular issued by Principal Secretary Revenue department , Pawan Kotwal.

Before re-organisation of Jammu and Kashmir, central forces were acquiring land in the state under section 21 of the Jammu and Kashmir Requisitioning and Acquisition of Immovable Property Act, 1968.

The Right to Fair Compensation and Transparency in Land Acquisition, Rehabilitation and Resettlement Act-2013 became applicable to J&K Union Territory from October 31, 2019- the day when UT came into existence.

The Act is applicable to acquisition of land for strategic purposes relating to naval, military, air force, and armed forces of the Union, including central paramilitary forces or any work vital to national security or defence of India or State police.

On March 18, 2020, the Union Home Ministry notified modifications in the law to empower administration of J&K Union Territory to carry out land acquisition proceedings on lines of Puducherry.__Kashmir Observer