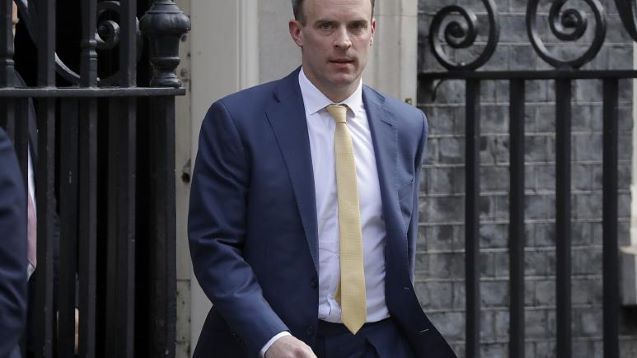 “Russian actors” tried to interfere in Britain’s 2019 general election by acquiring sensitive trade documents and leaking them on social media, the UK government said on Thursday.

“It is almost certain that Russian actors sought to interfere in the 2019 General Election through the online amplification of illicitly acquired and leaked Government documents,” Foreign Secretary Dominic Raab said in a written statement to parliament.

Raab added that “sensitive” documents relating to a UK-US Free Trade Agreement were fraudulently acquired and disseminated online via the social media platform Reddit and that further attempts to promote them were made when they failed to garner much attention.

Jeremy Corbyn, at the time Labour’s candidate for prime minister, said a month before the ballot that the leaked documents proved the Conservative government planned to include the National Health Service in a future trade deal with the US.

Raab told parliamentarians that “whilst there is no evidence of a broad spectrum Russian campaign against the General Election, any attempt to interfere in our democratic processes is completely unacceptable.

“The Government reserves the right to call out and respond with appropriate measures in the future,” he went on.

Raab’s statement comes as the Intelligence and Security Committee announced on Thursday that it will release its long-awaited report on Russian interference in the 2016 referendum on EU membership and the following 2017 general election.__EuroNews