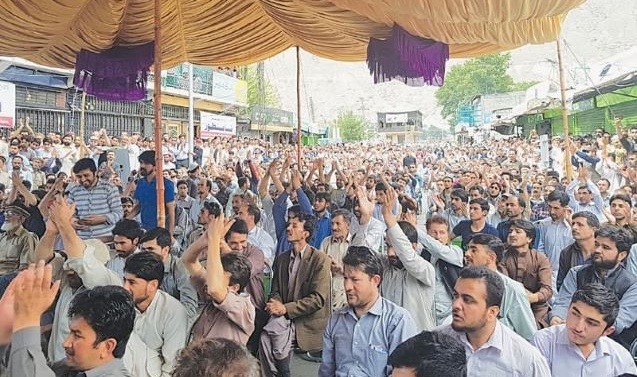 GILGIT: Hundreds of people affiliated with the tourism and transport sectors on Tuesday staged a protest sit-in on the Karakoram Highway against the closure of tourist sites in Gilgit-Baltistan for last several months.

They warned to march towards Islamabad if the sector was not reopened to tourists with immediate effect.

A large number of people associated with hoteling, transport sectors and tour operators gathered at the China Chowk in Gilgit, and later blocked the KKH, chanting slogans against the government for not honouring its commitment to open the region to tourists.

The protesters said thousands of people affiliated with the tourism sector had become jobless.

They said the hotel and transportation sectors had been battered but the government was not serious to come to their rescue.

Raja Nasir, GB hotels association president, said tourism was the backbone of GB economy, but this year the sector remained closed since March, causing a loss of billions of rupees to the region.

“The owners of hotels are in a state of despair,’’ he said, adding they had obtained loans to open businesses, but were now unable to pay back the money.

Kausar Hussain, general secretary of GB hotels association, said the regional government had promised to reopen GB to tourists, but to no avail. He said the closure of tourism sector had cost the region approximately Rs10 billion loss so far.

He said stakeholders had committed to follow strict Covid-19-induced SOPs if the government allowed them operate their businesses.

The hoteliers and transporters announced to continue the agitation till acceptance of their demands.__Dawn.com