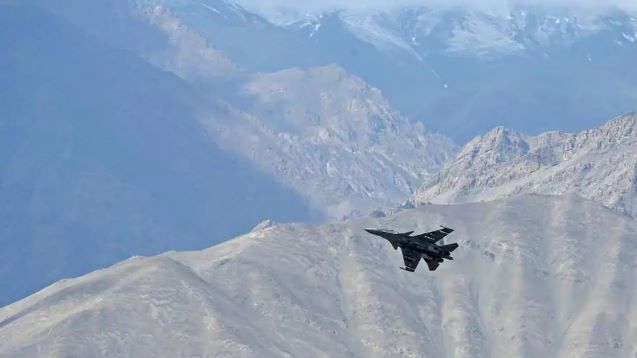 Border tensions in East Ladakh have come down a notch with India waiting for the Chinese People’s Liberation Army (PLA) to fulfil its June 6 commitment of de-escalating and disengaging its troops along the 1,597 km Line of Actual Control (LAC) in the western sector.

While the two armies are locked in a forward military posture in the Ladakh sector, reports of some lowering of tensions from two out of four standoff points are trickling in despite both the sides continuing to remain in high military alert.

“The border situation continues to be dynamic and it is for the PLA to restore status quo ante after it unilaterally tried to change the ground situation over the last month in violation with the existing agreements and confidence building measures,” said a senior official.

The Narendra Modi government is very clear that the PLA does not establish a new normal on the LAC and wants it to go back to its earlier positions for peace and tranquility to prevail on the border and for bilateral ties to be restored. It is also watching the time taken by the PLA to restore status quo ante as anything less would be an exercise in perfidy.

Both the sides are engaged in a dialogue through diplomatic and military channels with India looking at physical verification of the PLA withdrawal before coming out with any positive statement. With the Darbuk-Shyok Daulat Beg Oldi (DSDBO) road complete, Indian Army engineers are now connecting patrolling posts with roads so that the capacity and capability of troops to respond to any unilateral action from across the border rises manifold.

With China deploying surface-to-air missiles in Aksai Chin in May, the Indian side has also responded in the same fashion with long-range weapons placed all along the 3,488 km LAC. Besides China, the Indian Army is also watching the Pakistani posture in occupied Gilgit-Baltistan.

Although many a western strategists have stated that India will take help of its key ally US in case the red flag goes up, the mood in the Narendra Modi government is to go solo with sufficient force deployed to repel any action of the adversary. The Indian military is deployed in air, land and at sea with submarines patrolling the deep ocean and ready for any deterrent action.

However, national security planners are confident that better sense will prevail over PLA Commander-in-Chief Xi Jinping and Western Theatre Commander Zhao Zongqi as no conflict is one sided.__Hindustan Times