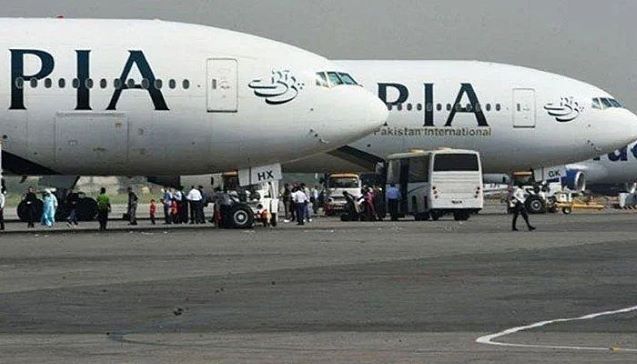 ISLAMABAD: At least 150 Pakistan International Airlines (PIA) pilots were grounded over “dubious licenses”, the national flag-carrier said Thursday, a day after the preliminary report of the Karachi plane crash blamed the pilots and the air traffic control (ATC) for the incident.

The spokesperson added they had already dismissed six pilots with fake degrees. “We have asked the Civil Aviation Authority to send the list of the remaining licenses.

“We acknowledge the report and are working on making our standard better,” the spokesperson said.

In a letter to the Pakistan Civil Aviation Authority (PCAA), the PIA chairperson requested the aviation authority for details of the remaining pilots with dubious and fake commercial licenses.

“Action will be taken against all those pilots with fake licenses,” the PIA chairperson said, adding that the airline would take all necessary steps to make the commercial operation safe.

Commenting on the development, the International Air Transport Association (IATA) said it was “following reports from Pakistan regarding fake pilot licences, which are concerning and represent a serious lapse in the licensing and safety oversight by the aviation regulator”.

The IATA spokesperson added that the organisation was seeking more information.

Earlier, the national carrier had acknowledged the preliminary report of the last month’s plane crash in Karachi that left 97 people dead, saying that it would ground all pilots with “dubious licenses”.

“PIA acknowledges the AAIB report and have already taken measures learning from it. An independent Flight Data Monitoring setup established to monitor and analyse all flights,” the PIA wrote on Twitter on Wednesday.

“All pilots with dubious licenses will be grounded.

“Safety is more important than any commercial interest,” the national flag bearer had added.

The airline’s announcement came a few hours after Aviation Minister Ghulam Sarwar Khan presented a preliminary report on the Karachi plane crash in the Parliament.

The report held the pilots and the ATC responsible for the incident, stating that the cockpit crew did not seem focused on the job and were thinking about the coronavirus instead.

Sarwar had revealed that it was observed that the pilot took the call from the ATC “very hurriedly” and told the tower that he would “manage”, after being informed that the aircraft was at a dangerous height.

The recorder showed that even after taking the call, the pilots went back to their conversations about coronavirus, he had added.

After speaking at length about how the tragedy had unfolded, the minister had shed light on the dismal situation of the airline about its pilots, saying that 40% of them were flying aircraft with fake licenses.

“Pakistan has 860 active pilots, which includes PIA, Serene Air, Air Blue. The inquiry which was initiated in February 2019 showed that 262 pilots did not give the exam themselves and asked someone else to give it on their behalf,” the minister had said, adding that the pilots did not have the proper flying experience either.

“Pilots are also appointed on political basis, unfortunately,” he had said. “Whilst appointing pilots, merit is ignored,” he had added, disclosing that in another instance, degrees of four PIA pilots had been found to be fake.

Sarwar said the government would take action against pilots who were found guilty of the above offenses. He said the PIA would be “restructured” and taken back to its days of glory. __The News