Home / Europe / ‘How to lose an election’: French President Macron gets it all wrong in Paris 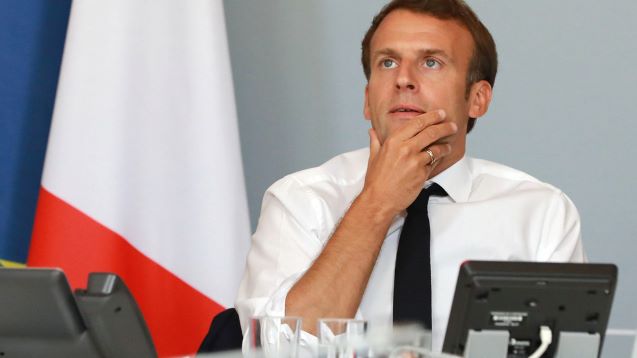 President Emmanuel Macron was surveying a glacier in the French Alps on a visit in February when an aide forwarded a video that had just been posted online, showing his choice for Paris mayor masturbating.Benjamin Griveaux’s campaign was already floundering, a month out from the first round of the election, and his naiveté in falling for a simple sting meant Macron had to choose: back a loyal and trusted ally, or sack him.

“Be there for him,” Macron told advisers, according to a member of his inner circle. “And if he decides to press on, circle the wagons.”Macron has consistently rewarded the early backers of his 2017 bid for the presidency, party insiders say. But within 48 hours, Griveaux had stood down, leaving Macron’s hopes of winning the capital in tatters.

Interviews with more than a dozen ministers, presidential aides and party insiders who spoke on condition of anonymity reveal how miscalculations cost him dear, and portray a leader who can put loyalty before competence and fail to judge character.Macron had hoped that local elections would provide the grassroots base that his young centrist party, LaRem, lacks ahead of his 2022 re-election bid.

And Paris’s City Hall, long in the grip of the left, seemed there for the taking.The capital welcomed the former investment banker into the Elysee Palace with open arms in 2017. One in three Parisian voters backed LaRem in last year’s European elections.

And a year ago, before Griveaux’s nomination, incumbent Socialist mayor Anne Hidalgo was deeply unpopular for her efforts to reduce traffic in the capital, and surveys showed a Macron candidate beating her.

Now, three days before Sunday’s nationwide municipal elections, Macron’s stand-in candidate, former health minister Agnes Buzyn, is polling more than 20 points behind Hidalgo, seemingly having lost ground since the first round in March.One disgruntled LaRem lawmaker put it simply: “We had gold in our hands and we turned it to lead.”

LaRem’s campaign crumbled with the sting on Griveaux, but the seeds of defeat had been sown months earlier, with Griveaux’s selection.The 42-year-old was one of the ‘Macron Boys’, the clique that helped propel the president to power. In July 2019, a LaRem committee picked him over Cedric Villani, an eccentric maths genius known for his spider brooches and silk cravats.

But many saw Griveaux, who served as Macron’s first government spokesman, as arrogant and patronising.When the video was posted – by a Russian protest artist whose girlfriend had lured Griveaux into sending the video – few in the party rallied round him.

“He wasn’t liked. Neither by the public, nor by party members,” said an official inside LaRem. “The time has come when you have to say it like it is.”

To be sure, Macron’s own popularity had slumped during months of anti-government ‘yellow vest’ protests in early 2019, which were driven by public anger at a leader seen as aloof. It fell again last winter during weeks of demonstrations against pension reforms, and transport strikes.

But Macron’s confidant compared the loyalty to Griveaux to an alliance forged in war.“It’s like (French wartime resistance leader) De Gaulle and the Communists: They had nothing in common but, 20 years later, once he was in the Elysee, the General still took calls from those who had been with him in London.”

Macron also underestimated Villani, winner of a Fields Medal, mathematics’ equivalent of a Nobel Prize.Villani had entered politics, and parliament, in 2017 with LaRem but, after being rejected as its mayoral candidate, decided to run as an independent, and ate into Griveaux’s support.

Party officials urged Macron to offer Villani an incentive to drop his maverick campaign, reminiscent of Macron’s own rise to power, or eject him from the party.But the president held back, telling a small group of reporters that “emulation” was a positive. Socialist and conservative rivals gleefully pointed to the disunity.

Two sources close to Macron said he had believed Villani’s bid would naturally fade. It was only in January, when Griveaux slipped to third in surveys, with Villani further behind, that Macron summoned the mathematician. Even then, he failed to change Villani’s mind.

As one government minister put it: “We’ve done almost everything we shouldn’t have done. It could end up as a handy guide: ‘How to lose an election’.”__Hindustan Times