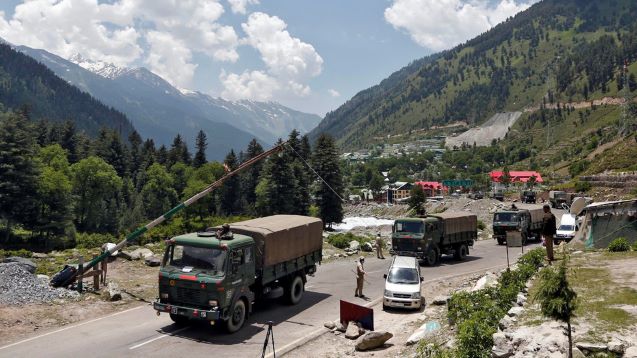 The deadly skirmish that erupted in a disputed area in the Himalayas last week should be blamed squarely on India, China’s defense ministry has argued. New Delhi has disputed Beijing’s account of the clash.

“The responsibility for the China-India border conflict lies entirely with India. China hopes to maintain peace in the border areas,” Ministry of National Defense spokesman Senior Colonel Wu Qian said on Wednesday, according to a translation by CNBC.

Soldiers from the two nations found themselves in a violent face-off last Monday in the Galwan Valley in Ladakh. Twenty Indian troops reportedly died in the incident. New Delhi has claimed that as many as 40 Chinese soldiers perished in the battle, but this figure has been dismissed as “fake news” by Beijing.

China maintains that Indian soldiers have been crossing into its territory since early May in an attempt to impede Chinese activity in the area. But this claim has been disputed by New Delhi, which insists that the Chinese army started the flare-up in tensions after attempting to erect a post on the Indian side of the Line of Actual Control.

The defense ministers of both nations were reportedly set to meet on the sidelines of the Victory Day parade held in Moscow on Wednesday, but New Delhi later denied that a summit would take place.__RT.com