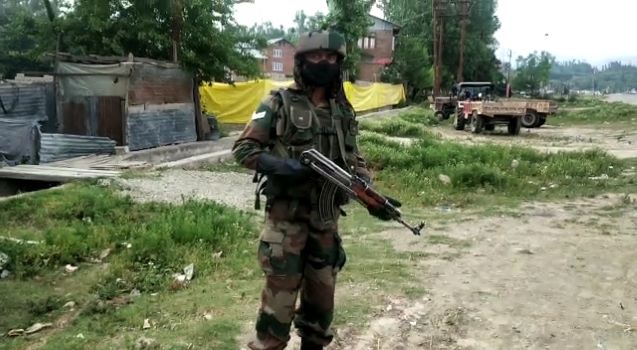 Officials told media that a joint team of the police, the Army’s 55 Rashtriya Rifles, and CRPF launched a cordon-and-search-operation in Bandzoo village of Pulwama district on early Tuesday morning, after receiving inputs about the presence of militants hiding in the village.

As the joint team of government forces was approaching the spot, where militants were believed to be hiding, the militants fired upon them. The fire was retaliated by the forces, triggering off an encounter, they said.

In the ensuing gunfight two unidentified militants and CRPF trooper were killed, they added.

While the identity of the slain militants is being ascertained, police identified the killed CRPF trooper as Head Constable Sunil Kala of 182 Battalion.__Kashmir Times