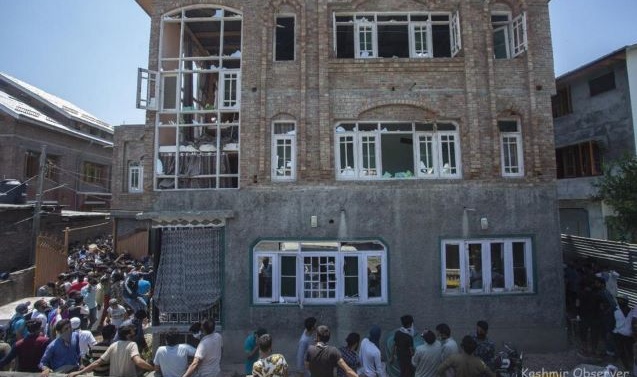 SRINAGAR: Three militants were killed in an encounter in Zoonimar area of Srinagar on Sunday, a senior police official said on Sunday.

Acting on a specific input regarding the presence of militants in Zoonimar area of district Srinagar, a cordon and search operation was launched jointly by police and CRPF, the official said.

“During the search operation, repeated appeals to surrender were made to the hiding militants through their families and community members of the area, but they started firing indiscriminately upon the search party, which retaliated leading to an encounter,” he said.

The official said in the ensuing gunfight, three militants were killed and their bodies retrieved from the site of the encounter.

“Two of the slain militants have been identified as Shakoor Farooq Langoo from Barthana in Srinagar and Shahid Ahmad Bhat of Semthan in Bijbehara. The identification of the other slain militant is yet to be ascertained,” he said.

According to police records, Shakoor Farooq Langoo was involved in the killing of two BSF personnel in Soura area on May 20 this year.

The official said the three slain militants were affiliated to militant outfits Hizbul Mujahideen and Islamic State Jammu and Kashmir.