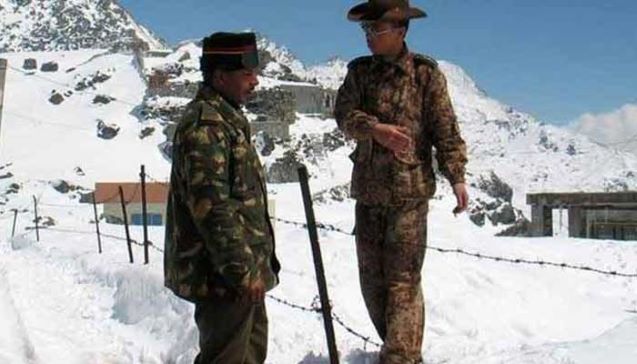 At least 20 Indian soldiers were killed in the Galwan Valley in Ladakh as tensions brew with China near the border, reported Times of India on Tuesday.

According to earlier reports by Indian media, an officer and two soldiers were among those killed near the Line of Actual Control (LAC).

“During the de-escalation process underway in the Galwan Valley, a violent face-off took place yesterday night with casualties. The loss of lives on the Indian side includes an officer and two soldiers. Senior military officials of the two sides are currently meeting at the venue to defuse the situation,” reported NDTV quoting an official statement.

Meanwhile, UK publication The Telegraph, quoting Indian army sources, reported that four soldiers are currently missing and a further 32 “were handed back after being captured”.

China, in response to India’s statement, accused Indian troops of crossing a disputed border between the two countries, reported AFP.

“We once again solemnly ask the Indian side to follow our consensus, strictly regulate its front-line troops and do not cross the line, do not stir up troubles or make unilateral moves that may complicate matters,” Press Trust of India quoted Lijian as saying.

He added, “China and Indian side agreed to resolve the bilateral issues through dialogue to ease the border situation and maintain peace and tranquility in border areas.”

According to Editor-in-chief of Chinese publication Global Times, the Chinese side also suffered casualties in the Galwan Valley.

“Based on what I know, Chinese side also suffered casualties in the Galwan Valley physical clash. I want to tell the Indian side, don’t be arrogant and misread China’s restraint as being weak. China doesn’t want to have a clash with India, but we don’t fear it,” he tweeted.

“Reports of thee soldiers killed in Galwan clash with Chinese. First LAC combat casualties since 1975. Time for the government to come clean and stop lying about “disengagement” and “mutual withdrawal”. A national crisis is no time for deception,” he tweeted.

Tensions between India and China have been mounting owing to a border dispute in the eastern Ladakh region as both armies from both the countries have moved heavy weaponry and equipment to their base camps near the disputed territory.

Indian military sources have been quoted in the Indian media saying China has been pushing in artillery, infantry combat vehicles and heavy military equipment in its rear bases near the LAC in eastern Ladakh.

An earlier report had stated that the Indian Army is doing the same and deploying additional troops along with heavy machinery at the border.

India claims Chinese troops aggravated tensions by moving into the Pangong Tso and Galwan Valley areas earlier this month. India said the Chinese Army has bolstered its presence in Demchok and Daulat Beg Oldie areas as well where disputes are known to take place between the two sides.

On May 6, the troops from both sides clashed and hurled stones at each other. There have been long-running border tensions between the nuclear-armed neighbours, with a bitter war fought over India´s northeastern-most state of Arunachal Pradesh in 1962.

“Aggressive behaviour by the two sides resulted in minor injuries to troops. It was stone-throwing and arguments that ended in a fistfight,” Indian Army Eastern Command spokesman Mandeep Hooda had told AFP on May 10.

The “stand-off” at Naku La sector near the 15,000-feet (4,572-metre) Nathu La crossing in the northeastern state of Sikkim — which borders Bhutan, Nepal and China — was later resolved after “dialogue and interaction” at a local level, Hooda had revealed.

“Temporary and short duration face-offs between border-guarding troops do occur as boundaries are not resolved,” he had said.__The News