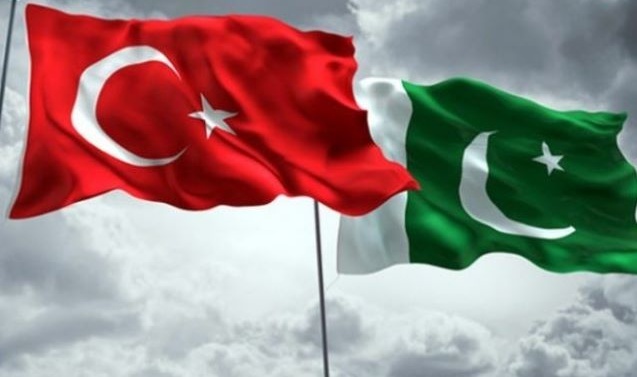 MUZAFFARABAD: While terming Turkey as a symbol of dignity and justice in the contemporary world, Azad Jammu and Kashmir President Sardar Masood Khan has said that not only Pakistan and Turkey are brotherly Muslim countries but hearts of the people of the two countries throb together and they have identical stand and approach on important global issues including Kashmir.

He remarked on Sunday in a video message on the occasion of the launching of the web portal of International Civil Society and Strategic Advocacy Organisation, Kashmir Civitas in the Turkish language.

“Pakistan and Turkey are two countries but their people feel as if they are one homeland. Their hearts beat together. Turkey today has become a symbol of dignity and justice.” President Masood said.

He expressed his confidence that Kashmir Civitas web portal will create new digital space across the globe to highlight the plight of the Kashmiri people – killings, blindings, torture, sexual violence, dispossession, land grab – in Indian Occupied Jammu and Kashmir (IOJ&K) and provides an advocacy platform for Kashmiris’ right to self-determination.

Describing the relationship between Turkey and Jammu and Kashmir brotherly and time-tested, President Masood said AJK will never forget that Turkey was the first international responder to the 2005 devastating earthquake and it had “helped us rebuild three cities in the earthquake-affected areas and left behind an imprint and signature of friendship all over Azad Kashmir”.

Recently, he maintained that he himself had paid many visits to Turkey and personally witnessed the warmth of the Turkish people for the people of Pakistan and Jammu and Kashmir.

Expressing gratitude for the unflinching support of the people and the government of Turkey to the Kashmir issue, he said: “We hope that Turkey will play an active role in the resolution of the issue.”

He particularly thanked Turkish President Recep Tayyip Erdoğan, saying that while adopting a principled stand on the Kashmir issue, he had forcefully represented sentiments of the Kashmiri people in the UN General Assembly, and while in his address to parliament of Pakistan, he reiterated his stand.

Lauding Turkey’s concept of humanitarian diplomacy, President Masood hoped that the forum of Kashmir Civitas will play an important role to apprise the people of Turkey about the agonies of the people of IOJ&K, and expose ethnic cleansing of Kashmiris at the hands of Indian forces, and will also project the Kashmir cause in an effective manner.

Meanwhile, in another video message, the AJK president has once again appealed to the people of the liberated territory particularly businessmen, traders and the religious scholars to adopt preventive measures to save their own lives and the lives of other people from the novel coronavirus, and cooperate with the state machinery in enforcing the government measures including lockdown.

He went on to say that coronavirus is a dangerous pandemic which is targeting every rich, poor, old aged person, youth as well as male and female, and the use of sanitiser and masks side by side with following guidelines of the government was the sole option to contain the spread of coronavirus.

He added that till the people of Azad Kashmir adopted preventive measures, not a single death had occurred but now 20 to 30 new cases are being reported daily, while more than one dozen deaths have taken place.

He urged the people particularly business community and clerics side by side with the common folk to demonstrate a sense of responsibility during relaxation of lockdown.__Tribune.com