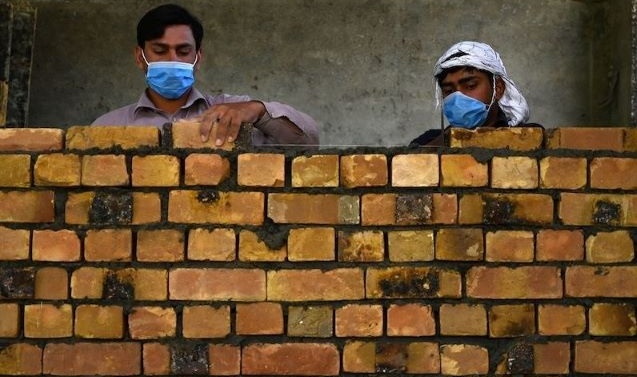 MUZAFFARABAD: The Azad Jammu and Kashmir (AJK) government on Tuesday announced enforcement of “smart lockdown” for 15 days from Wednesday, as one Covid-19 patient died in Mirpur and 13 more positive cases emerged in different parts of the territory, pushing the tally of affected persons to 277.

Sharing salient features of the smart lockdown from a four page official notification, minister for information technology Dr Mustafa Bashir Abbasi told reporters that ban on tourists would stay until next decision.

He said shops and businesses would open from “Fajr to Maghrib” five days a week but there would be complete lockdown on Tuesdays and Fridays.

Fruits, vegetables, meat, dairy shops and bakeries, including tandoors, could remain open till 8pm and weekly lockdown would not apply to them, he said, making it clear that medical stores were exempt from time bar.

Mr Abbasi said hotels and restaurants could not serve food on their premises but could run their business as takeaways.

He saidban on holding of political or religious gatherings and sporting events and opening of all educational institutions and seminaries, marriage halls, playgrounds and other recreational spots, cinema halls and theatres, beauty parlours would also remain in force.

He said banks and other private businesses would restrict their staff to minimum possible level and ensure social distancing.

The minister warned that the people found in the markets without valid reasons, without a photo ID and without a facemask would be fined Rs500. Children under 12 and elders beyond 60 years would not be permitted in the markets, he added.

The shopkeepers who would allow buyers without a mask or would not ensure social distancing would also be fined.

He said the proposed fine for shops and businesses in case of violation of the SOP would range between Rs5,000 to Rs100,000.

He said that random sampling would continue.

He told that the death of Covid-19 patient in Mirpur had pushed the death toll in AJK to seven.

In response to a question, he said the policy for public transport would be announced on Wednesday after the cabinet meeting.

In a late night statement, AJK Prime Minister Raja Farooq Haider said it was difficult to relax lockdown in view of sudden sharp surge in number of coronavirus affected persons, yet the government had done it in keeping with the financial woes of the public. “But it’s now responsibility of all segments of society to ensure strict implementation of the SOPs,” he said.__Dawn.com