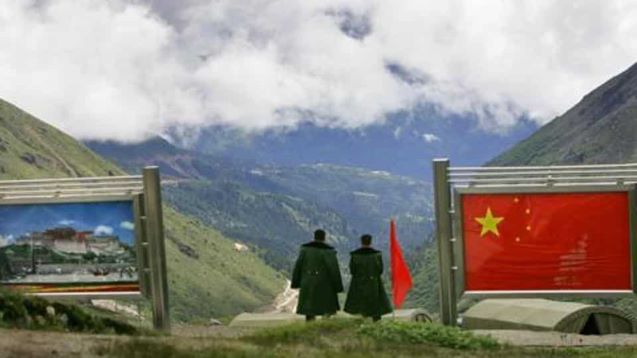 Talks between the Indian and Chinese military to end escalating tensions along their disputed border have ended in a deadlock as the fragile peace shows signs of breaking down.

Border incidents are at their highest since 2015, senior Indian security officials said. The two sides held talks on Tuesday aimed at lowering the temperature between the nuclear-armed neighbors, however neither army was willing to compromise, the officials said, asking not to be identified citing rules on speaking to the media.

The armies are currently on a high-alert at two locations along the Line of Actual Control — the 3,488 kilometer (2,167 mile) unmarked boundary between India and China. Additional troops have been rushed to the border by both sides, the officials said. They are facing each other at the Galwan River, which was one of the early triggers of the 1962 India-China war, and at the disputed Pangong Tso — a glacial lake at 14,000 feet in the Tibetan plateau, portions of which are claimed by both.

The inconclusive talks came as the US issued a tough statement on China. In Washington, senior diplomat Alice Wells said the clashes were a “reminder that Chinese aggression is not always just rhetorical.”

“Whether it’s in the South China Sea or whether it’s along the border with India, we continue to see provocations and disturbing behaviour by China that raises questions about how China seeks to use its growing power,” Wells, acting assistant secretary for South and Central Asia, said on a briefing call to reporters on May 20.

China’s Ministry of Foreign Affairs was not immediately availabe for comment, however spokesman Zhao Lijian told reporters at a regular briefing in Beijing on May 13: “We urge the Indian side to work with China, refrain from taking any complicating moves so as to create enabling conditions for the development of our bilateral relations and peace and stability in border areas.”

“Any suggestion that Indian troops had undertaken activity across the LAC in the Western Sector or the Sikkim sector is not accurate,” Anurag Srivastava, the spokesman for India’s Ministry of External Affairs said in a statement on Thursday. “All Indian activities are entirely on the Indian side of the LAC. In fact, it is Chinese side that has recently undertaken activity hindering India’s normal patrolling patterns.”

According to data from Indian security officials, the India-China border has been unusually active since last year with a 64% rise in incidents since 2018. Along the sensitive “Eastern Sector” — from Bhutan, stretching east along the Indian state of Arunachal Pradesh — incidents doubled last year in comparison to 2018. China claims a 2,000-sq km stretch of land in this sector, which is defended by at least 20,000 Indian soldiers along with paramilitary forces.

Border incidents in the “Western Sector” — stretching from northwestern Tibet, along the Indian state of Uttarakhand and the Union Territory of Ladakh, stretching to the critical Karakorum Pass — have witnessed a 75% rise in 2019.

The Indian officials say China is objecting to a road it’s building at the Pangong Tso that connects to disputed border. On May 5 and 6, troops clashed on the banks of the lake, leaving scores of soldiers on both sides injured. On May 9, several soldiers were injured when the two armies clashed near a three-way junction between Bhutan, China and India, close to the site of the Doklam standoff.

The Indian Army would not comment on the tensions, with spokesman Aman Anand on Thursday referring Bloomberg to a statement issued on May 12 that acknowledged incidents of aggressive behavior along the border.

”I take the current border situation very seriously,” said Ashok K. Kantha, director of the New Delhi-based Institute of Chinese Studies and a former Indian ambassador to Beijing, adding that he didn’t “see these as isolated incidents but in conjunction China’s aggressive behavior in the South China Sea. There is a larger pattern to border incidents.”

There had been a significant dip in tensions in 2018 that followed an informal summit between India’s Prime Minister Narendra Modi and President Xi Jinping in the Chinese city of Wuhan. The meeting between the leaders — held after stand off of more than 70 days between the two armies on the Doklam peninsula in 2017 — was followed up with a second summit in Mamallapuram near the southern Indian city of Chennai in October last year.

At that meeting, Xi and Modi agreed to give “strategic guidance” to their respective armies. That included less aggressive patrols on the border, informing the other side of incoming patrols and more contact between local military commanders to reduce friction.

In a recent interview with Bloomberg, India’s Chief of Defense Staff Bipin Rawat said the strategic guidance was working, but noted a hot-line connecting the top leaders of the two armies that was proposed as far back as 2013 would help reduce tensions. “I think the hot-line between the two armies is required,” Rawat said. Even though the two countries are in touch through diplomatic channels, he added “we would like a military level communication as well.”__Hindustan Times