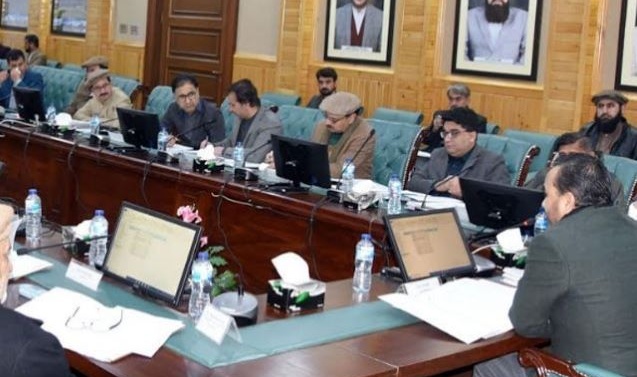 GILGIT: Political uncertainty engulfed Gilgit-Baltistan on Wednesday after cabinet members of the government submitted their resignations to the G-B chief minister to protest over the seizure of powers by the chief election commissioner.

The decision came during the cabinet meeting chaired by Chief Minister Hafeezur Rehman amidst growing crisis triggered by Chief Election Commissioner’s (CEC) decision to curtail powers of the incumbent government just a month ahead of its five-year term “to ensure free and fair elections”.

“The cabinet members have submitted their resignation to the chief minister allowing him to process it if the CEC doesn’t take back his orders by Thursday,” an insider privy to the developments told The Express Tribune.

“The chief minister will advise the governor to dissolve the assembly if the CEC doesn’t withdraw his orders by Thursday,” he added.

A cabinet member, who considered a close aide of CM Rehman, confirmed the development, saying Thursday would be the “decisive” day.

According to the sources, one of the major issue which angered the ministers was freezing of development funds of ongoing projects. “The second issue was that the ‘biased attitude’ of the CEC while the third irritant was the seizure of administrative powers by the government.”

According to political pundits, the latest developments have given rise to a crisis-like situation in G-B where names of caretaker chief minister and cabinet are yet to be decided.

“If resignations are accepted and the governor dissolves the assembly, G-B will immediately be without a government,” Imtiaz Hussain said.

The ongoing crisis is said to be the first major test of the chief minister whose five-year term in the government sailed through peacefully without much opposition from any quarter including the opposition parties.

The tenure of the incumbent G-B government is set to end on June 24. The next general election in the region would be due to be held within the next 60 days.__Tribune.com