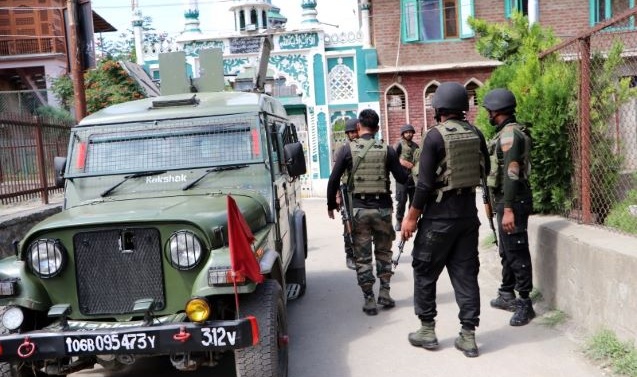 SRINAGAR: A policeman was killed on Saturday in a militant attack in Frisal area of south Kashmir’s Kulgam district.

Unidentified militants lobbed a grenade and opened indiscriminate fire upon a police team manning a checkpoint in Frisal Chowk of the district this evening, reports said. In the surprise militant attack, a police head constable was critically injured.

He was shifted to the nearby hospital for treatment. However, the doctors pronounced him brought dead on arrival. He had sustained gunshot injuries in his head, reports said.

The deceased cop has been identified as Mohammad Amin Bagad of Sangarwani Pulwama.

Meanwhile, soon after the attack government forces reached the spot and carried out a search operation. However, reports said no one was arrested during the searches that continued till dawn.

The militant attack on cops comes almost ten days after Hizbul Mujahideen commander Riyaz Naikoo and his associate were killed in an encounter by government forces in his native Beighpora village of Awantipora.__Kashmir Observer