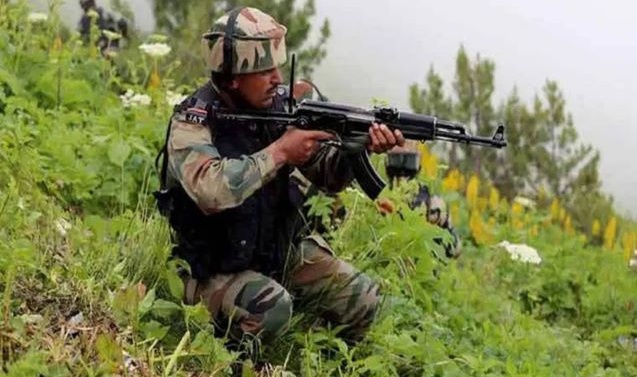 DODA: A militant and an army soldier have been killed in ongoing gunfight in Posta-Potra village in Gundana area of Doda district on Sunday, officials said.

The gunfight started when state forces launched a joint operation in Posta-Potra village in Gundana area, 26 kms from Doda town, following information about presence of some militants, the officials said.

An Army jawan was critically injured in the initial firing and later succumbed to injuries while being evacuated to hospital, they said.

Inspector General of Police, Jammu zone, Mukesh Singh said one of the hiding militants was killed in the ongoing operation.

The operation is on and further details are awaited, Singh said.

The officials said joint teams of Army’s Rashtriya Rifles, police and CRPF were launched on Saturday night after inputs were received about presence of two suspected terrorists inside a house.

As the search parties were moving towards the target area, they came under heavy fire which was retaliated, the officials said, adding, reinforcements have been rushed to the area and further details are awaited.__Kashmir Observer