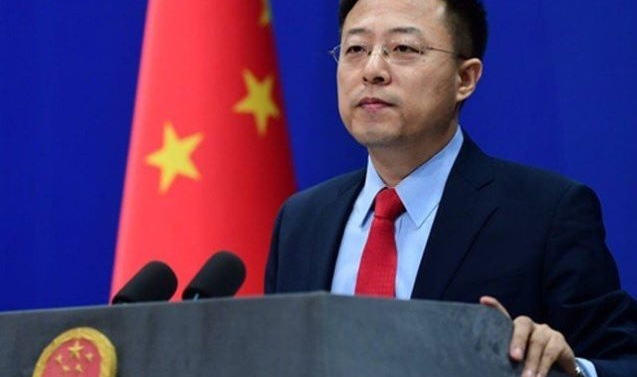 BEIJING: China on Friday rejected India’s objection to the construction of Diamer-Bhasha dam in Gilgit-Baltistan region, saying that the economic cooperation between China and Pakistan was aimed at promoting development and improving the well-being of the local population.

At a regular briefing in Beijing, Chinese Foreign Ministry’s Spokesperson Zhao Lijian said that the dam project was mutually-beneficial and win-win for the “two all-weather friends” and strategic cooperative partners.

“China and Pakistan conduct the economic cooperation in order to promote the economic development and improve the well-being of the local population,” Zhao said, while responding to a question from APP.

The Diamer-Bhasha Dam is a 4,500-megawatt project with an estimated cost of $15 billion and would be one of the largest dams in the world after completion. Prime Minister Imran Khan this week directed for immediately starting construction activities of the dam.

The Water and Power Development Authority (Wapda) said on Wednesday the contract of the construction of the Diamer-Bhasha dam had been awarded to a joint venture between Power China and Frontier Works Organisation (FWO).

Zhao rejected Indian external affairs ministry’s objections to the project. He said that China’s position on the issue of Kashmir was consistent and added that the dam project was mutually beneficial and win-win for the two all-weather friends and strategic cooperative partners.

Responding to another question, the spokesperson highly praised a resolution unanimously passed by the Senate of Pakistan on Thursday that thanked China and President Xi Jinping for support to Pakistan in the fight against Covid-19.

“China appreciates the relevant resolution. Since the start of the outbreak, China and Pakistan have supported and worked closely with each other to jointly fight the virus. We will never forget that,” Zhao told reporters.

He said that during China’s fight against the virus, Pakistan poured in its domestic resources to help Beijing with medical supplies. Now, he added, China had also provided batches of grants to meet Pakistan’s needs, sent experts and mobilised all sectors of society to donate supplies to help Pakistan.

He remarked that the virus knew no borders and races. To smear and stigmatise other countries was to interfere with international cooperation against the virus. The right and the wrong were very clear and the justice always prevailed.

“We highly appreciate Pakistan’s objective and just position on this issue and we will like to continue to uphold the vision of a community with shared future for mankind, strengthen cooperation with international community including Pakistan and work together to win this fight against the virus.”__Tribune.com

England’s cricketers will not travel for matches in Pakistan next month because of security... more»