Home / International / ‘India is an important force’: US Afghanistan envoy Khalilzad calls for direct talks between New Delhi and Taliban 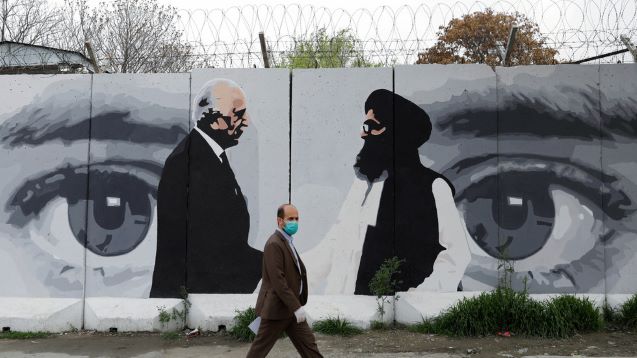 Washington’s special envoy to Afghanistan Zalmay Khalilzad has called on New Delhi to directly engage with the Taliban, asking India to play a “more active” part in the Afghan peace process and the fight against terrorism.

In an exclusive interview with the Hindu on Friday, Khalilzad stressed India’s “significant” role in Afghanistan’s development, citing “historic ties” between the two countries and shared concerns over terrorist groups active there.

“India is an important force in Afghanistan, and it would be appropriate for [India-Taliban] engagement to take place,” Khalilzad said, adding that “it would be important that issues of concern like [terrorism] are raised directly.”

The comment is the first public suggestion by a US official for direct dealings between India and the Afghan militant faction. To date, New Delhi has consistently dubbed the Taliban a terrorist outfit and has accused regional rival Islamabad of supporting it – which Pakistan denies – distancing itself from any talks.

The US signed a peace deal with the Taliban in late February following lengthy talks in Qatar. The roadmap laid out a path for the gradual withdrawal of US troops from Afghanistan, as well as broader inter-Afghan political settlement and a prisoner swap between the Taliban and the US-backed government in Kabul.

However, the deal did not end violence on the ground, as talks between the militants and Kabul have stalled, and the Taliban ramped up attacks against the Afghan security forces. Last month, the militants called the direct dialogue with the Afghan government “fruitless.”

Khalilzad has been leading the US effort to re-engage with the Taliban and set up a new round of negotiations.__RT.com