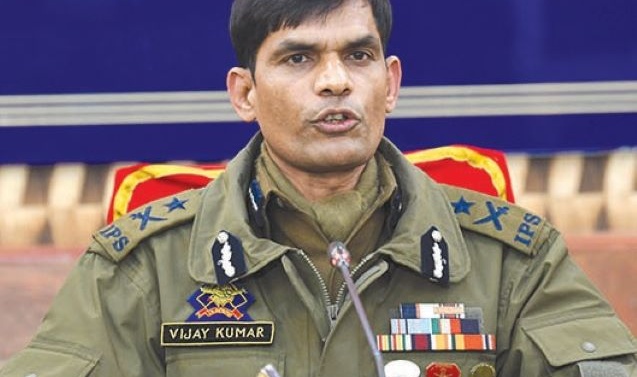 SRINAGAR: A total of 64 militants, including three top militant commanders — Qari Yasir of the Jaish-e-Mohammed (JeM), Burhan Koka of the Ansar Gazwat ul Hind (AGH) and Riyaz Naikoo of the Hizbul Mujahideen — have been killed in 27 anti- militancy operations conducted by the state forces since January this year.

Vijay Kumar, the Inspector General of Police (IGP), Kashmir said this at a press conference in Srinagar on Thursday.

He said 25 active militants and 125 over ground workers of the militants have been arrested this period.

He said the killing of Hizbul Mujahideen Chief Riyaz Naikoo on Wednesday was a big success for the forces.

“The security forces were tracking his movement for the last six months and there was pinpoint information about his location that led to the operation in which he was eliminated,” he said.

“Naikoo instigated youth to join militancy by releasing videos after every month or two months,” he said.

The IGP said after Naikoo”s killing, the area witnessed some clashes and incidents of stone pelting but they were of a localised nature.

“First time since August 5, there was a law and order problem near the site of an encounter after the killing of any militant,” he said. “It was a localised affair in which few people were injured; some of them had bullet injuries.”

He said the restrictions on the Internet and mobile phones in Kashmir after Naikoo”s killing was a necessary measure to maintain law and order and the decision will be reviewed when the situation improves.

“Communication gag is important, otherwise rumours could have spread, old videos would have been posted to instigate people, when situation comes under control the gag will be lifted.”

He said the bodies of the militants killed in the encounters will not be handed to their relatives for burial at their native places till COVID-19.__Kashmir Observer