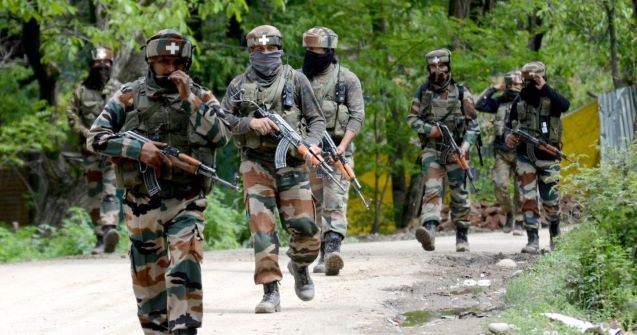 SRINAGAR: A gunfight is underway in Dangerpora area of the south Kashmir’s Pulwama district, police said.

State forces launched a cordon and search operation in the Dangerpora area of Pulwama in the early hours of Saturday following information about the presence of militants there, a police official said.

He said as the forces were conducting searches in the area, the hiding militants fired upon them.

The forces retaliated, ensuing a gunfight, the official said.

The exchange of firing was going on and further details are awaited, he added.__Kashmir Observer