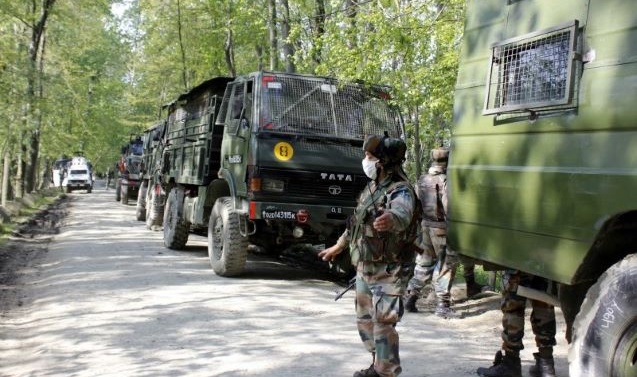 Four militants were killed in an encounter with security forces at Ashtal village in southern Kashmir’s Kulgam district Sunday evening.

A police official said the gunfight erupted after police, CRPF and army ambushed a group of militants at around 8:30 pm.

“The militants opened fire after being challenged. The fire was retaliated, triggering an encounter,” he said.

The police official said that two militants were killed in an initial exchange of fire, while an Army Major also received bullet injury in his foot.

“The other two militants ran away and tried to take shelter in a school building, but were killed,” he said.

The police official said the building has been cordoned off and searches launched to ascertain the possibility of any more militants.

“The operation is on,” he said.

IGP also confirmed the injury to an Army Major.

This is the fifth encounter in south Kashmir in the past eight days. Ten local militants and one of their associates were gunned down in the previous four encounters.

All the bodies were taken by police either to north Kashmir or central Kashmir’s Sonamarg for burial.__GK News