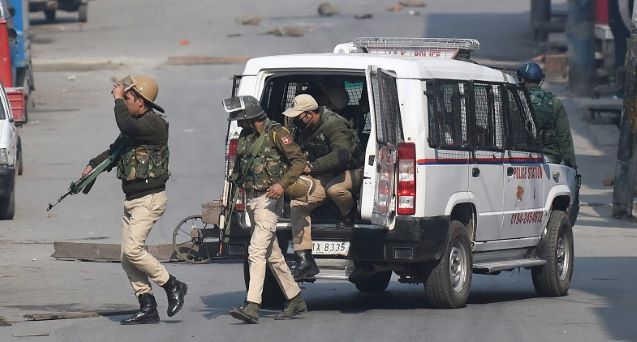 SRINAGAR: Two militants were killed minutes after they abducted a railway policeman at Yaripora area of Kulgam in south Kashmir on Friday, police said.

Inspector General of Police Kashmir Range, Vijay Kumar (IPS) said that militants abducted a railway police constable at Shirpora village following which an immediate cordon was launched by a joint team of police and army. Soon militants were chased at Kharpora leading to a brief gunfight in which both of them were killed while a policeman was injured.

Acting on a tip off that the militants along with the abducted cop were travelling in a vehicle, a joint naka was laid where militants opened fire when they were signalled to stop. “This triggered a brief shootout in which two militants were killed. Their identity was not immediately know,” police said

However another reports said that the two slain youth had recently joined militancy and were affiliated with the Lashkar-e-Taiba outfit.

In the exchange of firing, a police man also sustained injury and was removed to nearby medical facilty for treatment.

It may be recalled that earlier, a police man constable Sartaj Ahmed Itoo of Sheerpora area of Yaripora, Kulgam. __Kashmir Observer