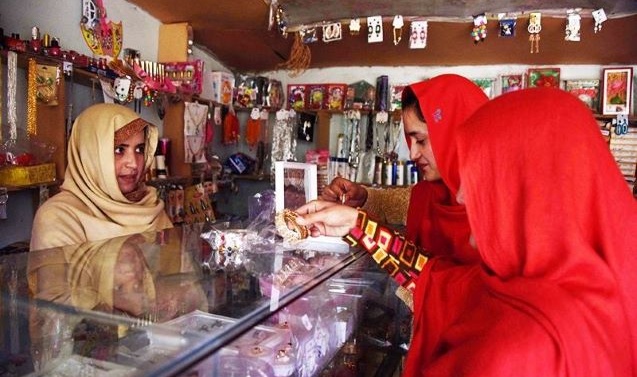 MUZAFFARABAD: The Azad Jammu and Kashmir government on Thursday relaxed the lockdown, allowing businesses to open for eight hours during the day with certain conditions.

The decision was taken at a meeting held at the Prime Minister Secretariat to review the situation in light of the mandate given to the government by a multiparty conference, held in Islamabad the other day.

The meeting was chaired by Prime Minister Raja Farooq Haider and attended by cabinet members and senior government officials.

According to official spokesperson and Minister for Information and Technology Dr Mustafa Bashir Abbasi, it was decided that shops and markets would remain open from 8am till 4pm during the “smart lockdown” with strict adherence to guidelines, already conveyed to representatives of traders’ bodies.

Mr Abbasi said that dairy shops will remain open until 6pm while hotels and restaurants will open after 4pm to sell parcel food. Barbershops and beauty salons will remain closed until a decision in this regard is taken after a week, he added

The minister made it clear that there will be a complete ban on entry of people above the age of 60 and below 12 years of age, in markets in view of their vulnerability to Covid-19. Those found in the markets in violation of the ban would be penalised “without any discrimination,” he said, adding it had also been decided that Fridays and Tuesdays will witness complete lockdown.

He said that the ban on gatherings and wedding parties as well as on public transport will remain in place until the situation is improved. “Directions have been issued to the district administration to ensure implementation of the standard operating procedure (SOP) for offering prayers in mosques, in close coordination with prayer leaders and religious scholars,” he said, adding government and non-governmental offices will also open from Saturday, but with skeleton staff and stringent observance of the requisite restrictions.

Regarding expatriates arriving from foreign countries, he said, “such persons will stay in the federal capital for 48 hours following which the AJK government will facilitate arrangements for their journey to their respective places of residence in AJK.”

Meanwhile, he said that four more persons had tested positive for Covid-19 in Sudhnoti and Poonch districts, pushing AJK’s tally to 55. Of these, 25 have recovered and only 30 active cases are under treatment in different hospitals, he said.__Dawn.com