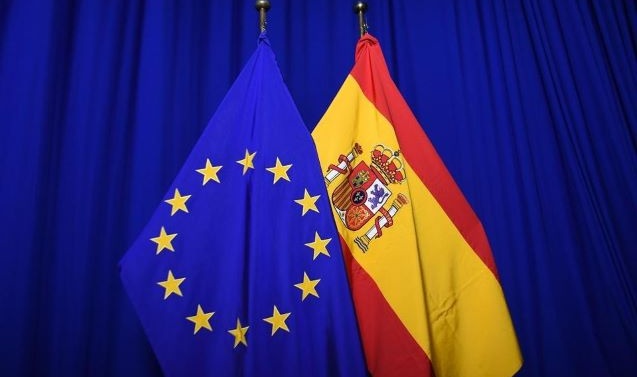 Spain is calling on its neighbours to unite behind its proposal for a joint EU fund that would help the bloc’s hardest-hit economies recover from the coronavirus crisis.

“In this crisis, either we all sink or we all float. Spain wants everybody to float, for sure,” Spain’s foreign affairs minister Arancha Gonzalez Laya told Euronews ahead of a key EU summit this week.

Spain is suggesting creating an economic recovery fund with up to €1.5 trillion, according to an internal Spanish government document.

The document, seen by The Associated Press, says the fund should draw from members states’ grants in order not to raise public debt levels.

Earlier this month, Eurozone finance ministers agreed on a roughly €500 billion package to help member states tackle the immediate economic fallout of the coronavirus crisis. But they left the more tricky issue of funding the bloc’s recovery up to EU heads of state and government, who will meet by videoconference on Thursday.

France is siding with southern states including Italy and Spain in calling for joint debt, or so-called “corona bonds”, an idea so far rejected by several northern nations like the Netherlands and Germany.

“What we now need is the medium-to-long term response to this crisis, comprised of two pieces: a budget and a recovery fund,” Gonzalez Laya said in an interview on Euronews Tonight.

She insisted that Spain is trying to build consensus with a “responsible”, “ambitious”, and “pragmatic” proposal.

“We all know that all our economies will suffer as a result of COVID. We all know the response requires a collective investment on the side of the EU,” she said.

“Let’s do this in an ambitious manner, in a responsible manner but also in a pragmatic manner. If we follow these three ingredients, we will get a solution sooner rather than later, because we need to restart the engines of our economy soon.”

Learning from the past

A strong response by the EU would ensure the bloc is a strong player not only on the global economic stage but also in foreign and political affairs, Gonzalez Laya added.

The International Monetary Fund has warned that the coronavirus crisis would cause the biggest economic shock to the global economy since the Great Depression of the 1930s.

Spain, just like France, is now expecting its GDP to shrink like never before since World War II. The Spanish central bank has warned that, depending on the length of the nation’s lockdown, the economy could contract by up to 12.4 per cent this year.

It’s not just Spain or Europe, but the whole world that will need to pull together and make a huge effort to recover from this crisis, Gonzalez Laya said.

“It will require making sure that this time we do not leave anybody behind. And that we concentrate also on the human element, the workers’ element, much more than we did back in 2008,” she said, referring to the financial crisis that led to a decade of austerity for many Europeans.

‘We did our best’

After the United States and Italy, Spain is one of the countries with the worst death toll from the COVID-19 pandemic, with over 21,000 fatalities and more than 200,000 confirmed infections.

The country has been since March 14 under a very strict lockdown that is set to be extended until May 9, though some of the restrictions are being eased.

Children under the age of 14, who were not permitted to leave their homes, will be allowed to go out starting next week, but only to accompany their parents on essential outings such as shopping for food or medicines.

Asked how her government had fared in its response to the crisis, Gonzalez Laya said: “We’ve handled it with the best knowledge that we could and with the best intentions that we had, and with a lot of humility.”

She said it would be easier to judge what the government had done right or wrong with the benefit of hindsight, especially as knowledge about the disease evolves so fast.

“We now know much more about COVID-19 than what we knew when we started handling it. We’ve always followed scrupulously the recommendations we got from our health authorities in Europe, internationally and in Spain,” she said.__EuroNews