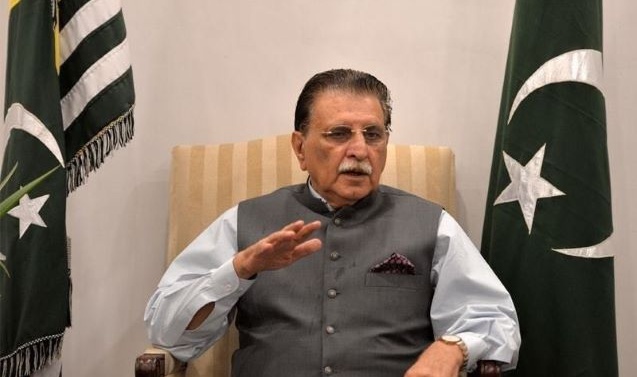 MUZAFFARABAD: Azad Jammu and Kashmir (AJK) Prime Minister Raja Farooq Haider on Tuesday indicated that the ongoing lockdown could be relaxed on trial basis but only with strict implementation of precautionary measures.

Speaking at a special cabinet meeting, he warned that if the public did not observe the recommended precautionary measures, the government would be left with no choice but to tighten the lockdown again.

However, he said, any final decision in this regard would be taken after thorough consultations at all levels, particularly with the political and religious leadership of the state in Kashmir House Islamabad on Wednesday.

He said the government was aware of the problems being faced by the daily wagers and urged people who could afford to take care of such people during Ramazan.

He also called upon people to observe Eid with simplicity.

Meanwhile, the tally of Covid-19 patients in AJK swelled to 51 after two more persons, including the driver of Health Minister Dr Najeeb Naqi Khan, tested positive.

The minister, who resides in Islamabad, had gone in quarantine for a week, though he had not developed any symptoms, sources told Dawn.__Dawn.com