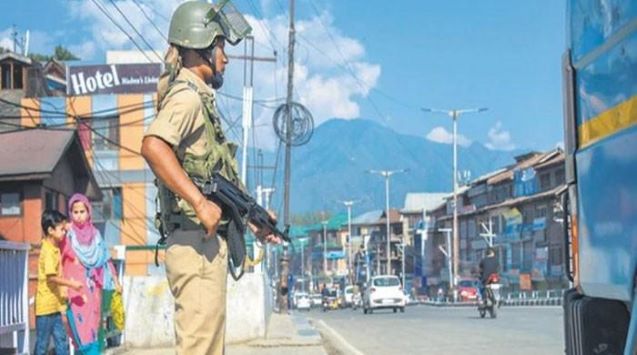 Reporters Without Borders (RSF) in its latest World Press Freedom Index report has noted that it has become “virtually impossible” for journalists to report from the Indian occupied Kashmir (IoK) and pushed India two spots down from last year to 142.

The report noted India’s score in this year’s index was heavily affected by the situation in IoK as India has made it “virtually impossible” for reporting after New Delhi revoked the region’s autonomy on August 5 of last year.

While noting the difficulties for reporting from the region, the group called Kashmir a “vast open prison” due to shutting down of fixed line and mobile Internet connections by the Narendra Modi-led government.

The RSF also stated that there were constant press freedom violations in the country, including police violence against journalists, ambushes by political activists, and reprisals instigated by criminal groups or corrupt local officials.

“Ever since the general elections in the spring of 2019, won overwhelmingly by Prime Minister Narendra Modi’s Bharatiya Janata Party, pressure on the media to toe the Hindu nationalist government’s line has increased,” said the report.

The RSF stated that the coordinated hate campaigns launched on social media against journalists who speak or write about subjects that annoy Hindutva followers are alarming. It noted that the campaigns also call for the journalists concerned to be murdered.

“The campaigns are particularly virulent when the targets are women. Criminal prosecutions are meanwhile often used to gag journalists critical of the authorities, with some prosecutors invoking Section 124a of the penal code, under which “sedition” is punishable by life imprisonment,” said the report.

On the other hand, North Korea has taken the last position from Turkmenistan, while Eritrea (178th) continues to be Africa’s worst-ranked country.__The News