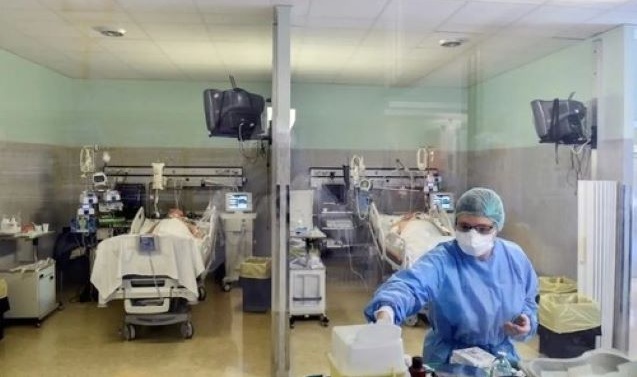 MUZAFFARABAD: As many as 61 doctors and paramedics at a major healthcare centre in the capital of Azad Jammu and Kashmir were placed in quarantine after an elderly asymptomatic patient being treated there for some other chronic ailments tested positive on Thursday night.

The 65-year-old Neelum Valley resident, who was suffering from cancer, diabetes and hypertension, was brought to Abbas Institute of Medical Sciences (AIMS) on April 4. He was being attended by physicians and allied staff from different departments “without any iota of suspicion about his likelihood to contract novel coronavirus,” one of the doctors told Dawn.

Interestingly, the patient was also visited by a number of people, including some PPP activists, despite the lockdown, allegedly because of the loose grip of the AIMS administration, he added.

When the patient tested positive for Covid-19 on Thursday night, panic gripped not only those health workers who had been attending him but also those who had visited to inquire after his health.

“I can confirm you that 29 physicians and 32 other staffers are being quarantined immediately,” Health Minister Dr Najeeb Naqi told Dawn from Islamabad. He said some doctors had opted for self-quarantine at their homes and of the rest, nine were sent to a quarantine centre in New PM House, Muzaffarabad, 15 to AJK University’s Chattar Klass campus and 14 to a rest house in the hill resort of Chikar.

Mr Naqi said the health department teams were also tracing the visitors and other contacts of the victim.__Dawn.com