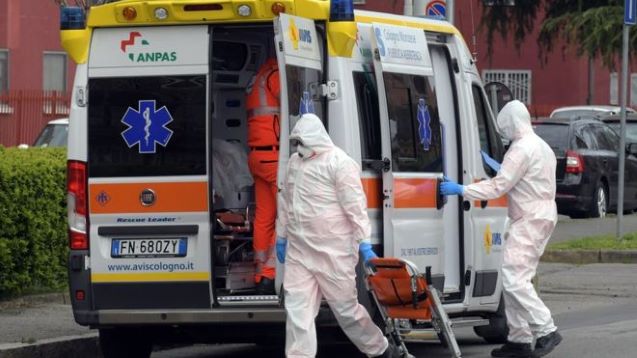 The coronavirus crisis is not a “blank cheque” to flout civil liberties, the UN human rights commissioner warned on Thursday as she criticised some states’ adoption of “unlimited” emergency powers.

“Emergency measures may well be needed to respond to this public health emergency. But an emergency situation is not a blank cheque to disregard human rights obligations,” said Michelle Bachelet.

The former Chilean president was addressing the first-ever virtual meeting of the United Nations Human Rights Council in Geneva.

“Emergency measures should be necessary and proportionate,” she said.

“I am profoundly concerned by certain countries’ adoption of emergency powers that are unlimited.”

Many countries have adopted extraordinary measures to deal with the pandemic, which has killed nearly 100,000 people worldwide since it emerged in China in December.

In Hungary, Prime Minister Viktor Orban is now ruling by decree until his government says the crisis has passed.

“In a few cases, the epidemic is being used to justify repressive changes to regular legislation, which will remain in force long after the emergency is over,” said Bachelet.

“In some countries we have already seen reports of journalists being penalised for reporting a lack of masks, health-workers reprimanded for saying they lack protection, and ordinary people arrested for social media postings about the pandemic.

“Criticism is not a crime.”

Bachelet also called on governments to “greatly increase access to accurate information and statistics” on the pandemic, stressing that “transparency is paramount and can be life-saving in a health crisis”.

Some countries, organisations and leaders — including US President Donald Trump — have voiced doubts about the figures from China on the numbers of deaths and infections.

Bachelet also urged countries to protect their most vulnerable citizens during the pandemic, including detainees, the poor, women and migrants.

“Unchecked, the pandemic is likely to create even wider inequalities, amid extensive suffering,” she said, reiterating her call for a relaxation of international sanctions on countries like Iran.__Hindustan Times