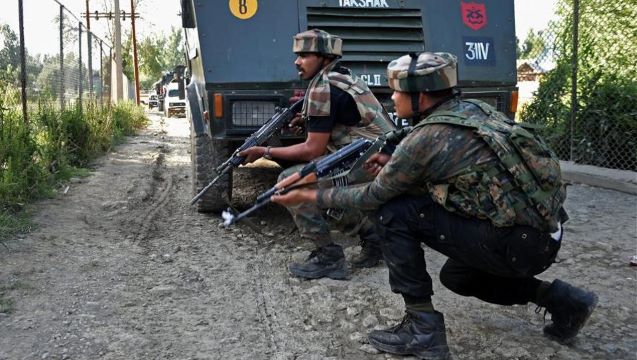 Srinagar- A Jaish-e-Mohammad (JeM) militant commander was killed in a gunfight with state forces in the Sopore area of north Kashmir on Wednesday, police said.

“A JeM commander has been killed in the ongoing encounter in Sopore,” a police official said.

He identified the slain militant as Sajad Nawab Dar.

The official said further details of the operation were awaited.

He said the state forces had launched a cordon-and-search operation in the Arampora area of Sopore in the north Kashmir district late Tuesday night after receiving specific information about the presence of militants there.

The official said the forces conducted searches in the area and maintained a tight cordon during the night to stop militants from fleeing.

The militants fired upon a search party of the forces on Wednesday drawing retaliation, the official said.__Kashmir Observer