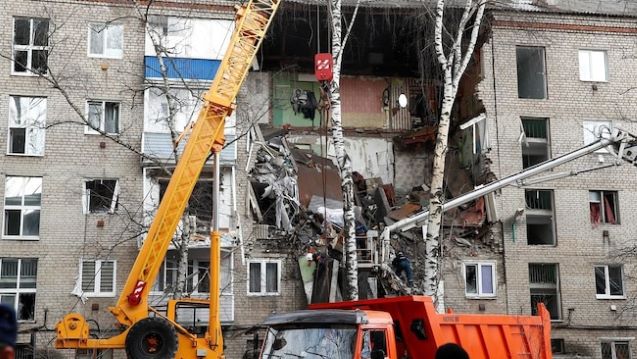 The harrowing aftermath of a gas leak that destroyed several floors of an apartment building outside of Moscow was caught on film seconds after the explosion.

One clip shows a massive plume of dust and smoke spreading into the street as a car passes by. Other social media users filmed people gathering around the scene of the accident, with mountains of debris in front of the partially-destroyed apartment building.

The blast took place on Saturday afternoon in Orekhovo-Zuyevo, a town of 118,000 people around 80km from the Russian capital. Emergency services have been dispatched to the scene. Officials say that the explosion was caused by a gas leak on the third floor.

For the moment, one man is confirmed dead and six more have been hospitalized in grave condition.__RT.com