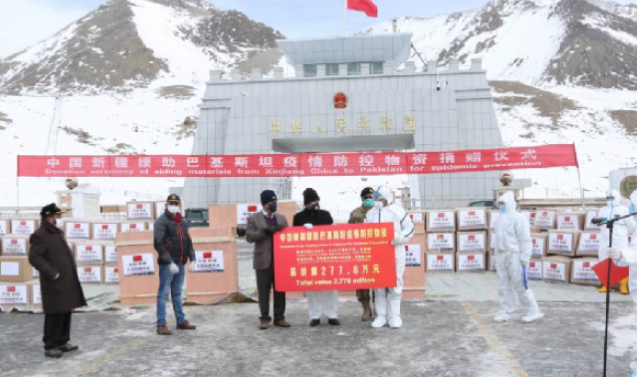 ABBOTTABAD: The Gilgit-Baltistan (G-B) government on Friday received a large number of medical gears donated by Chinese Xinjiang officials to cope with the coronavirus crisis as so far over 100 positive cases surfaced in the mountainous region.

Chinese embassy in Pakistan also confirmed the development in a tweet saying: “This is the friendship higher than mountains.”

The G-B CM while talking to media on the occasion said, “This is a critical time for the government to fight against spread of coronavirus with lack of medical facilities and equipment.”

So far, the region has confirmed 103 coronavirus cases with authorities had imposed Section 144 to discourage the public gatherings, shutting markets, schools, transport and unnecessary travel.

CM Rehman thanked the Chinese government and Xinjiang governor for helping the region, saying the neighbouring country has proved that China and Pakistan are true friends during this testing times.

“This is an example of our relation and the people of Pakistan are thankful to the Chinese government for their support.”

Moreover, G-B Information Minister Shams Mir said that the medical equipment would be distributed in different areas of the region as per their requirement.

The border was opened only for receiving the consignment and would be closed again, he added.__Tribune.com