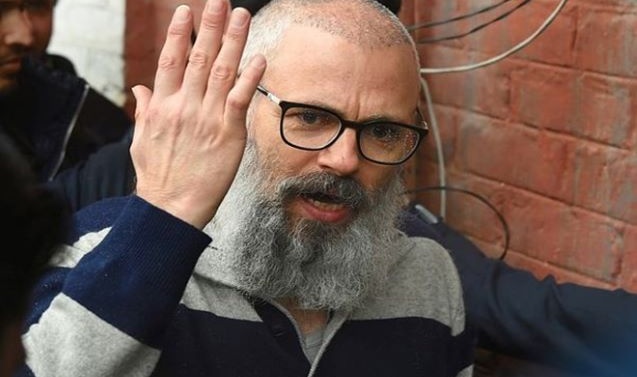 Taking to Twitter, government spokesman Rohit Kansal informed that the authorities have revoked the detention of Abdullah, who was held under a preventive detention law.

Abdullah, 50, working president of the region’s oldest political party National Conference, was detained last year on Aug. 4, a day ahead of India’s revocation of the special status and division of the erstwhile state of Jammu and Kashmir into two centrally administered territories.

On Feb. 5 this year, Omar and another former chief minister, Mehbooba Mufti were booked under the Public Safety Act described by Amnesty International as a “lawless law”.

In its dossier defending slapping of the act, the government had described him as a threat to public safety. It said he was “planning activities against the union government”.

Under the law, a person can be detained without a judicial trial for up to six months and this detention could be extended up to two years.

Omar’s release was followed after his father, Farooq Abdullah, also a former chief minister and serving member of parliament were released on March 13.

Meanwhile, Mehbooba Mufti continues to be under detention. Her daughter, Iltija Mufti who has been handling her mother’s Twitter handle welcomed Omar’s release. She, however, took a jibe at the government for not releasing her mother.

“Glad he [Omar] will be released. For all their talk of Nari Shakti [women power] and women emancipation, it seems like this regime fears the women the most,” she tweeted.__The Nation