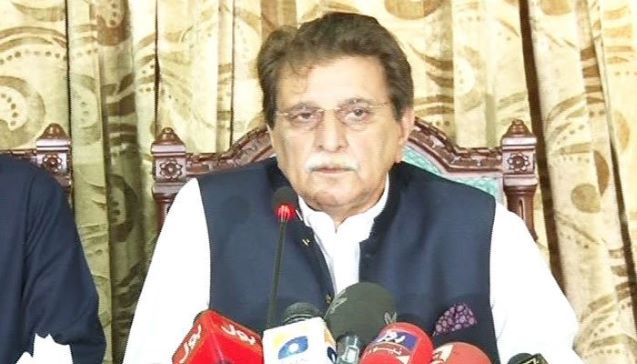 Only one case of coronavirus has been reported in the AJK so far, whereas the aggregate in Pakistan soared over 850.

“Passes will be issued for travelling during inevitable conditions,” he said.

Only one person would be allowed to procure food items for the family, he said, appealing to the public to remain indoors and asking them to carry their identity card (CNIC) in they had to leave their homes due to unavoidable circumstances.

“Passes for media workers will be issued, while emergency services will remain functional,” he added.

Meanwhile, the death toll from coronavirus in Pakistan rose to six on Sunday, after the country reported its first death from Balochistan. The provincial government’s spokesperson, Liaquat Shahwani, confirmed the province’s first death from the virus on Sunday in a tweet.__The News