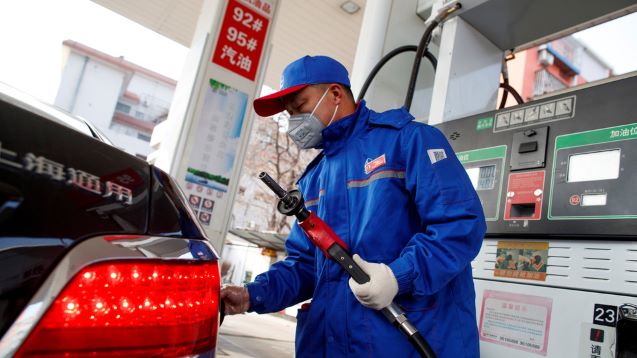 Plummeting oil prices have sparked another round of predictions about the economic collapse of Russia – this time from US President Donald Trump, who sounded a lot like his predecessor Barack Obama on the subject.

The price of crude oil has crashed to $20 this week, due to a one-two punch of Saudi Arabia flooding the market with record output and a sharp drop in global demand owing to the coronavirus pandemic. Asked about it during a press conference about the pandemic on Thursday, Trump described the price war as “very bad” for Saudi Arabia and “devastating” to Russia, but helpful in a way to American consumers as it will lower gas prices at the pump.

“We have a lot of power over the situation,” Trump added, saying the US might get involved in mediating the dispute “at the appropriate time.”

US oil companies are pushing for diplomatic pressure on Riyadh to cut oil production and threatening Russia with more sanctions in order to force it to accept production cuts, the Wall Street Journal reported on Thursday, citing anonymous sources.

If Trump’s words sounded strangely familiar, that’s because they were. Back in December 2014, President Barack Obama argued that it was “part of our rationale” that the “only thing” keeping the Russian economy “afloat” was the price of oil. His government counted on sanctions weakening Russia to the “inevitable” oil price disruptions, so that “They’d have enormous difficulty managing it.”

Obama’s reasoning was that Russia’s economy relies on oil, while the US economy is “dynamic, vital” and has “iPads and movies and you name it,” according to his interview with NPR.

Around the same time, Russian President Vladimir Putin was saying that the economy will bounce back from the combination of sanctions and oil prices within two years in the worst case scenario. That ended up being the case, and by 2018 the Russian oilmen were again enjoying a bonanza, even though the price of crude had not recovered to pre-2014 levels.

Last week, Russia signaled that it has enough reserves to cover budget deficits for years, even if oil prices stay between $25-30 a barrel. While a $20 price may shorten that somewhat, Moscow was clearly sending a message to Riyadh and Washington that attempts to crash its budget will fail.

It is unclear whether the Saudis can actually cover their own deficits and for how long. Meanwhile, US frackers and shale oil drillers have been taking on debt for years, since their high operating costs require oil to sell above $50 to actually be profitable.

Washington has also sought to suppress global demand by sanctioning Iranian and Venezuelan oil exports, but that has only managed to do so much. It’s the US oilmen who will be hurt the most by the current price war – unless they are counting on a share of the trillions in stimulus money that the Trump administration has announced it would conjure out of thin air to alleviate the economic crash caused by the Covid-19 pandemic.__RT.com