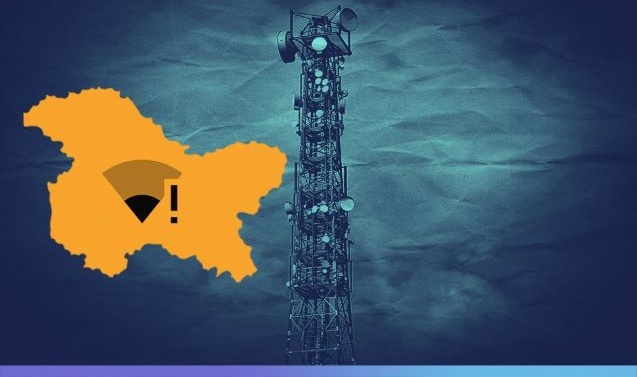 New Delhi – The Kashmir diaspora wrote an open letter to the World Health Organization’s (WHO) chief Dr.Tedros Adhanom Ghebreyesus seeking his help in restoring high-speed internet in Kashmir Valley amid the Covid-19 pandemic.

The letter — signed by 162 Kashmiri and Non-Kashmiri scholars, medical as well as health care professionals and academics living abroad — urged WHO to ask Indian government to immediately reinstate 4G services in the Valley. The city went under complete internet shutdown during last August’s Article 370 abrogation.

While the 2G services on postpaid mobile phones and broadband and lease-line services were restored months later, the 4G services continued to remain suspended.

The letter read: “Despite the region reporting multiple positive cases of Covid-19, the Indian government has, criminally, barred residents from accessing reliable, high speed internet. More than eight million people living in Kashmir are unable to depend on the internet to get reliable information on the pandemic (sic).”

The diaspora letter to WHO chief further claimed that the public health infrastructure and healthcare system in Kashmir is underdeveloped and incapable of protecting them.

The Kashmir Observer reported on Thursday that with the Valley population of 68.88 lakhs at risk to the outbreak, region’s premier health care institutes have 97 ventilators in aggregate; most of which is occupied currently.

With the health hazard looming at large, the diaspora letter to WHO chief also pointed out the basic issues that Kashmiris might face due to the low-speed internet such as “timely access to critical information by the doctors” and spreading awareness of the pandemic.

“As Kashmir heads into this pandemic with a severely underdeveloped public health infrastructure and healthcare system, as result of decades of militarization, it is imperative that the Indian government allow its residents to make use of virtual technologies to their maximum potential in order to alleviate the dreadful impact of this virus,” the letter stated.__Kashmir Observer