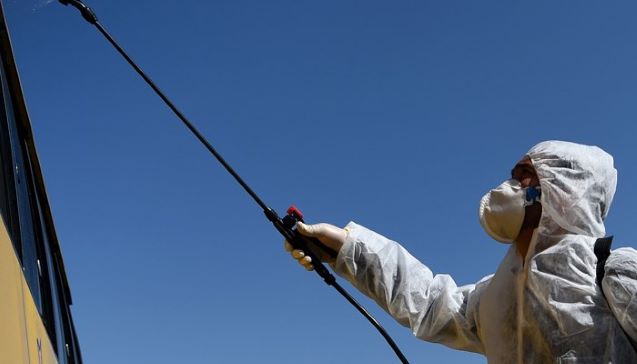 Pakistan on Wednesday recorded its first death from the novel coronavirus in Gilgit Baltistan, the provincial spokesperson confirmed.

Speaking to Geo News Faizullah Faraq said: “The person was of 90-years-old and was a resident of district Chilas.”

“The deceased was admitted in CMH from the past four days,” he said.

The person had no travel history, the provincial spokespersons said.

“There is an alarming situation in the province as 10 new cases have been reported taking the tally up to 13,” he added.

The nationwide tally of COVID-19 cases has risen surpassed 250, with most of them in Sindh.

Globally, 164 countries have been affected, more than 8,200 people have died and more than 200,000 infected by the disease as it spreads rapidly to new territories.

Since the virus first emerged in late December, 8,091 people have died around the world, out of more than 199,470 cases according to an AFP tally based on official sources at 1100 GMT.