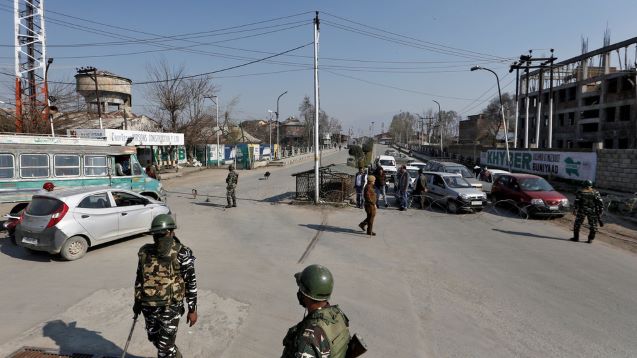 India blocked roads in Kashmir on Thursday after the insurgency-torn region reported its first case of coronavirus. The development comes as several other parts of the country imposed restrictions on public gatherings in attempts to prevent the spread of epidemic.

Dozens of people in Kashmir told Reuters they had been prevented from leaving their neighborhoods on Thursday because roads were blocked by police and paramilitary units.

Srinagar’s senior superintendent of police Haseeb Mughal said that road blockades across the valley had been imposed to prevent the spread of the virus.

Elsewhere in densely-populated South Asia, Sri Lanka postponed parliamentary elections. New cases in India, Pakistan and Sri Lanka are accelerating, with the total across the region nearing 600. Six people have reportedly died in the region after contracting the virus.__RT.com