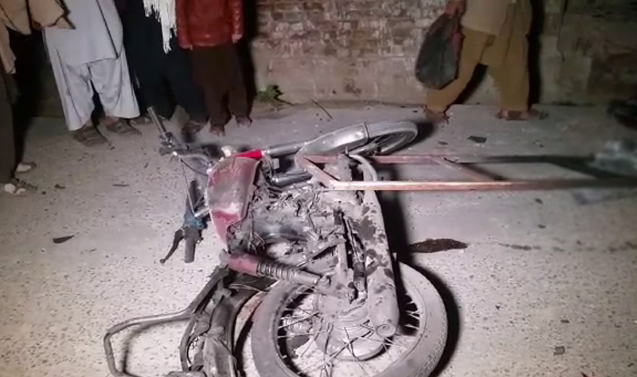 At least nine people were injured after an explosion occurred near the Levies Lines in Balochistan’s Chaman area, Levies sources confirmed.

The blast took place on Taj Road in Chaman, which is located just kilometres away from the country’s border with Afghanistan.

According to the sources, the blast was directed towards Levies Risaldar Maj Naseebullah who remained safe in the incident. He was travelling in his car along with his security guards when the explosion occurred.

The bomb was planted in a motorcycle according to initial information.

Chaman is considered a sensitive town in Balochistan as it shares a border with Afghanistan’s volatile Kandahar province.__Dawn.com