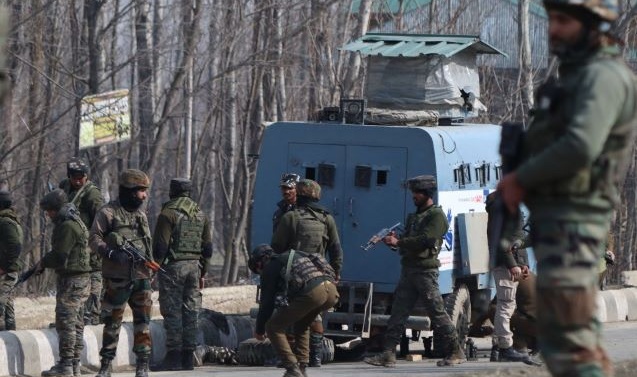 SRINAGAR – Two militants and a CRPF personnel were killed in a gunfight in Lawaypora in the outskirts of Srinagar in on Wednesday, police said.

The gunfight began after three bike-borne militants opened fire on the CRPF personnel who were posted at a mobile checking unit in the area, officials said.

One CRPF personnel was killed after being injured in the attack. He has been identified as Rajeev Ranjan, a CRPF spokesperson said.

The state forces retaliated, killing two militants, he said, adding that the third militant was captured in an injured condition when he was trying to flee from the spot.__Kashmir Observer