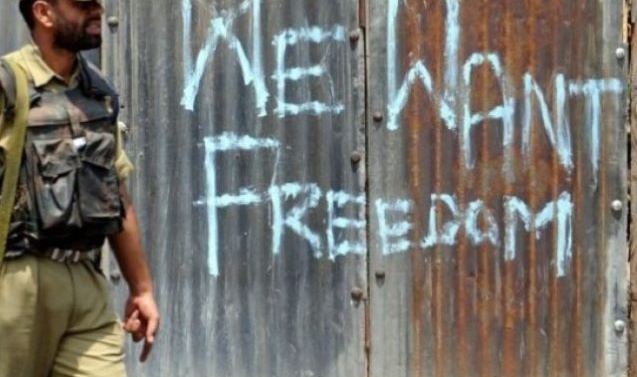 Former prime minister of Norway Kjell Magne Bondevik has stressed the need to shift world’s attention back on Kashmir – the forgotten conflict. He said the long-suffering people of Indian Occupied Jammu and Kashmir (IOJ&K) deserve a ceasefire, reconciliation, and stability.

“It is the duty of the United Nations to advance this goal by appointing a special envoy to the region,” he wrote in an article published on Project Syndicate. “The world’s forgotten conflict needs the international community’s attention now more than ever,” he stressed.

Bondevik, who is also the chairman of Oslo Center he formed in 2006 for world peace, said the UN needs to take the lead in stopping Kashmir’s torment. “Obviously, the UN cannot impose a solution on India and Pakistan. But it can and should appoint a special envoy to help broker a political solution and deliver lasting peace to the region,” he noted.

In 2018-19, the Office of the United Nations High Commissioner for Human Rights released reports that documented a wide range of abuses – including kidnappings, the killing of civilians, and sexual violence in the occupied valley.

Emphasising on UN’s responsibility to appoint a special envoy in the region for keeping a fair tab on the prevailing situation in disputed region, Bondevick shared his experience when he last visited the IOJ&K

“I saw firsthand the level of violence and the severity of human-rights violations. Conditions have deteriorated further since India repealed Jammu and Kashmir’s special status in October 2019, dissolved it as a state, and reorganised it as two ‘union territories’ – all enforced by the security forces with a wave of arrests, a ban on assembly, and an internet and media blackout,” he said, adding that the international community must demand that both the parties – Pakistan and India – should come together to negotiate a peaceful solution.

“Everyone, regardless of age, religion, or ethnicity, has suffered, whether as a result of displacement, family separation, loss of property, the death or disappearance of friends and close relatives, grinding poverty, or simply the prospect of a future as bleak and constricted as the present,” the former Norway premier maintained.

“The international community has, at times, attempted to mediate between India and Pakistan. The UN has adopted resolutions demanding a referendum on Kashmir’s future status. But, even though it has long been evident that there is no military solution to the conflict – temporary ceasefire initiatives have never resulted in a lasting agreement – India to this day has resisted a plebiscite.”

The former Norway PM also made an appeal to UN Secretary-General António Guterres to seize the initiative and help deliver a long-overdue and lasting peace to the region.__Tribune.com