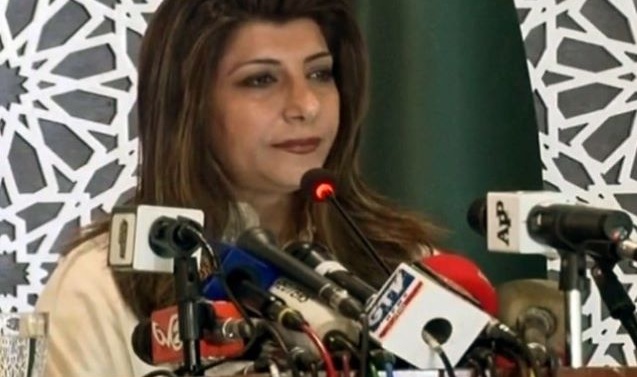 ISLAMABAD: Islamabad has ruled out any plan to merge Azad Jammu Kashmir (AJK) with rest of the country in response to New Delhi’s illegal and unconstitutional annexation of Occupied Jammu and Kashmir (IOK) in August last year.

“There is no such proposal under consideration [to merge AJK],” Foreign Office spokesperson Aisha Farooqui told reporters at a weekly briefing on Thursday. She was asked to comment on some reports that at a recent high-level meeting, a proposal was taken up to merge the AJK with Pakistan.

India on August 5, 2019 illegally annexed the occupied part of the disputed Himalayan region by revoking Article 370 of its Constitution that gave special status to the IOK.

Pakistan lodged a strong protest against what it described as an illegal and unilateral action and moved the United Nations, whose Security Council (UNSC) has taken up the issue twice in the last 5 months.

Since August 5, IOK has been under a lockdown with thousands of political leaders and workers under detention. Despite widespread condemnation of the Indian move the world over, New Delhi is not lifting restrictions imposed on more than 8 million Kashmiris.

Answering a question, the spokesperson said the current government has a “robust plan” to highlight Indian atrocities and human rights violations in the IOK. “The plan includes activities inside Pakistan and abroad as well. This is an ongoing process and a national effort. Our missions abroad in more than 100 countries are planning a comprehensive strategy regarding the upcoming Kashmir Solidarity Day, which will be executed between now and 5th February and continuing after also,” Aisha said.

Responding to recent threats by Indian Prime Minister Narendra Modi, the spokesperson noted that unfortunately, it had become a pattern for the Indian leadership to create war hysteria and jingoistic environment against Pakistan and its people.

“You also saw our press release issued yesterday in which we have firmly rejected the recent irresponsible statement made by the Indian prime minister.

“These remarks are another reflection of India’s incurable obsession with Pakistan and the BJP government and its leadership’s desperate attempts to divert attention from the growing domestic and international criticism of their discriminatory, anti-Kashmir and anti-minority policies.

“No one should underestimate the resolve of the people and the armed forces of Pakistan to effectively thwart any aggressive action,” she said.

“However, some countries have talked to the Chinese authorities in this regard. As for Khunjrab border the government of Gilgit-Baltistan has rescheduled its opening. Now it will be opened in April,” she said.__Tribune.com