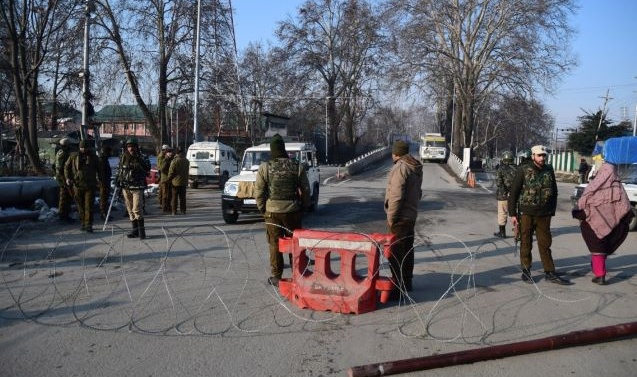 SRINAGAR – A fresh alert has been sounded in Kashmir valley, where Republic Day (RD) is being celebrated on January 26 for the first time after centre scrapped Article 370 and 35 A and split the state into two Union Territories (UTs) on August 5.

Meanwhile, authorities have ordered closure of all tuition and coaching centres besides other computer institutions as a precautionary measure till January 26.

Though Central Paramilitary Forces (CPMFs) and Jammu and Kashmir police personnel remained deployed to prevent any law and order problem, fresh alert has been issued to field commanders to thwart any attempt by militants to cause any disturbance before or on RD functions across the valley.

Official sources said a number of meetings were held to discuss security and other related matters with regard to holding peaceful RD functions in the valley.

However, they said, there was no specific intelligence input about any militant plan to cause disturbance by or before RD.

But, they said, there is no room for taking any chance to relax if there was no disturbance after August 5. Security forces also conducted successful Cordon and Search Operations (CASO) in the valley, particularly in south Kashmir during which about eight militants were killed. Two security force personnel were also killed in one of the encounter.

The main RD function of the UT will be held in winter capital, Jammu, where Lt Governor G C Murmu will unfurl the tri-colour and take salute at the march-past.

In the Kashmir valley, the RD functions will be held at all district and tehsil headquarters. The main function will be held at S K Cricket stadium in high security Sonawar area of the city.

Earlier, the RD and Independence Day (ID) functions were being held at Bakshi stadium in the uptown, where renovation is going on for the past few years. In 90s, militants used to fire rockets and grenades towards the stadium during RD and ID functions besides cause disturbance at other places in the city. However, there was no incident since 1996 due to unprecedented security arrangements, including closure of roads leading to venue of these functions for any civilian movement.

This time security forces have put up checking points at different places to foil any attempt by militants to enter the city from outskirts.

A close vigil is being maintained on all vehicles and pedestrians entering the city. Sources said security forces believe that there is hardly any militant in the city and efforts are now being made to smuggle in arms and ammunition into city to cause disturbance.

Meanwhile, unprecedented security arrangements have been made in and around the S K Cricket stadium, which has been closed for any civilian activity. The stretch from Radio Kashmir to Ram Munshibagh has been sealed and barricades have been placed on the road by the security personnel.

Security forces have also put up road blocks around the stadium, where Full Dress Rehearsal was held today.

Sources said foot and night patrolling has been intensified in the areas adjacent to stadium to foil any attempt to cause disturbance.

Officials told Kashmir Observer that suspected militants lobbed a grenade towards the joint deployment of CRPF and police in Noorbagh locality of the Old City here this evening. In the surprise grenade attack, a CRPF driver, a cop and a civilian were injured.

The security personnel identified as M Mahindaran of CRPF 161batallion and policeman Mohammad Sartaj (Belt No1897/S) were removed to nearby SMHS hospital for treatment. While the trooper has splinter injuries in legs, the cop was hurt in the eye. The civilian identified as Shabir Ahmad Mir of Cement Kadal had splinter injury in left arm, officials said.

The attack comes two days ahead of January 26 celebrations in the Valley amid unprecedented security. __Kashmir Observer