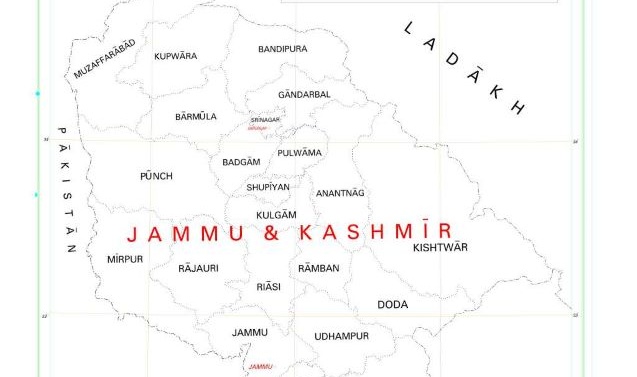 NEW DELHI, (Agencies): Article 370 of the Constitution was the only “tunnel of light” which maintained the relationship between the Centre and the erstwhile state of Jammu and Kashmir, the Supreme Court was told on Tuesday.

Petitioners challenging the Centre’s decision taken on August 5 last year to abrogate provisions of Article 370 contended that the Constitution of Jammu and Kashmir cannot be repealed in exercise of powers under the Article, which gave special status to erstwhile state.

A five-judge bench headed by Justice N V Ramana, was told by senior advocate Dinesh Dwivedi, appearing for an intervenor, Prem Shankar Jha, that the issue needs to be referred to a larger bench as there is a dispute between two judgements of a five-judge bench which dealt with provisions of Article 370. Besides challenging the Centre’s decision to abrogate provisions of Article 370, Jha has sought reference of the issue to a larger bench of seven judges for definite adjudication.

The bench, also comprising Justices Sanjay Kishan Kaul, R Subhash Reddy, B R Gavai and Surya Kant, said it would first hear the submissions on reference and then would take a call on whether to refer the issue to a larger bench. Dwivedi said the two judgements of the five-judge bench of the apex court in 1959 in Prem Nath Kaul versus Jammu and Kashmir and in 1970 in Sampat Prakash versus Jammu and Kashmir, which dealt with the issue of Article 370, were in conflict with each other. Dealing with the Presidential orders of August 5, last year, Dwivedi said due to these orders issued under Article 370 (1) and (3), all provisions of the Indian Constitution have been applied to Jammu and Kashmir.

“This virtually abolishes the Constitution of Jammu and Kashmir. It’s a case of implied repeal where a Constitution has been repealed by an executive exercise of powers,” he argued.

Dwivedi said the substitution of “legislative assembly of the state” for “Constituent Assembly” with the concurrence of the state government or governor is void.

The senior lawyer said the sole object of Article 370 was to ensure that people of Kashmir have a say in their own governance through their own Constitution but this guarantee has been wiped out after the entire Constitution of India is made applicable in the erstwhile state.

Dwivedi concluded his arguments after which senior advocate Sanjay Parikh, appearing for NGO People’s Union for Civil Liberties, commenced his submission and also sought reference of the issue to a larger bench. The hearing remained inconclusive and would continue on Wednesday.

On December 12, the top court had said it may consider the question of referring the issue of challenge to the abrogation of provisions of Article 370 to a larger seven-judge bench after hearing the preliminary submission of all the parties.

Earlier, senior advocate Raju Ramachandaran, appearing for bureaucrat-turned-politician Shah Faesal, Shehla Rashid and other petitioners, had argued that in the scheme of Article 370 while the democratic power is with the State, the executive power is with the Union government. The top court had earlier raised a query as to who could be the competent authority to reconstitute the Jammu and Kashmir Constituent Assembly to take a call on altering the special status of the erstwhile state under Article 370 of the Constitution.

The petitioners have referred to the provision and said that only the Constituent Assembly, which represents the will of the people, is empowered to make recommendation to the President on any changes in the special status of J&K. A number of petitions have been filed in the matter including those of private individuals, lawyers, activists and political parties and they have also challenged the Jammu and Kashmir Reorganisation Act, 2019, which splits J&K into two union territories — Jammu and Kashmir, and Ladakh.__Kashmir Times